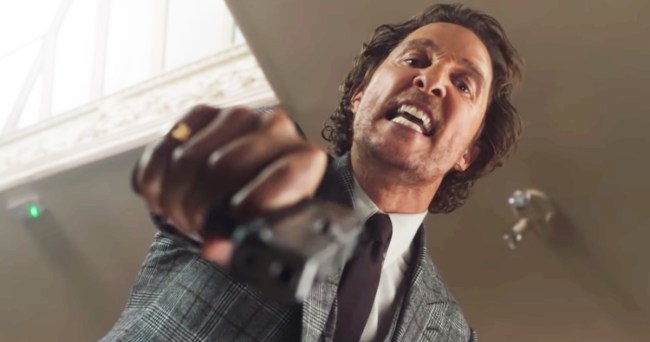 Granted, while it has been a historically difficult year for the movie industry, there was a brief stretch of time at the beginning of the year where things were operating as normal. And during that time, we were treated to one of the most fun films of the year in Guy Ritchie’s The Gentlemen, a fast-talking pistol-whipping throwback to his early, name-making gangster films.

Featuring a stacked cast that starred the likes of Matthew McConaughey, Charlie Hunnam, Henry Golding, Michelle Dockery, Jeremy Strong, Colin Farrell, and Hugh Grant, The Gentlemen is everything that an action movie should be: energetic and entertaining. If you’ve got those two qualities, plus the talents of Guy Ritchie, you’re in for a show, and that’s what we got with The Gentlemen.

However, as it apparently turns out, Ritchie originally created The Gentlemen with the intention of it being a television series, and now the 52-year-old English director is getting his wish.

According to Deadline, a The Gentlemen series is in the works at Miramax, with Ritchie himself set to write, produce, and direct.

This makes it a full circle for The Gentlemen, which started off as a TV series pitch before it became a feature. It also continues Miramax’s ramped-up efforts under new Head of Worldwide Television Marc Helwig to mine the company’s extensive film library for IP that can be turned into TV series.

“Miramax Television is thrilled to break new creative ground in our partnership with Guy Ritchie on The Gentlemen,” said Helwig. “One of the most distinctive and prolific filmmakers working today and someone whose creativity I have admired for many years, we couldn’t be more excited to bring the cinematic journey of The Gentlemen forth into the realm of global premium television.” [via Deadline]

“I actually wrote The Gentlemen as a TV series but I was persuaded to make it as a film instead. Rather pleased that it’s going to be a premium series now,” Ritchie announced on Twitter.

Now that the series in the works, the question becomes whether or not they can get McConaughey to return for the role, which would make this a home run of a must-watch.