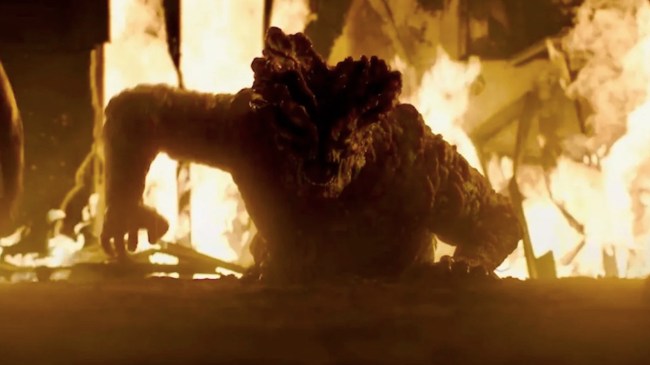 Editor’s Note: This article will contain spoilers for the season one premiere of The Last of Us

The Last of Us premiered on HBO on Sunday night and introduced TV lovers (that haven’t played the games, at least) to a sprawling new post-apocalyptic world for them to obsess over during the next few weeks, months, and years while the show is on the air.

And while the series is just one episode in, fans are already psyched for what’s to come, especially after noticing a hidden detail in the closing moments of the pilot episode.

As pointed out by eagle-eyed fans, a Clicker — which is basically this universe’s version of a super zombie — can be seen on a nearby rooftop looking down upon Joel, Ellie, and Tess as they venture out of the quarantine zone and into the great unknown.

Not me rewinding the ending 20 times to see that clicker on the building #TheLastOfUs pic.twitter.com/FsbAmUzZiE

RELATED: Here’s Where To Get Pedro Pascal’s Jacket From ‘The Last Of Us’

Perhaps unsurprisingly, The Last of Us is shaping up to be another massive hit for HBO, as the series premiere racked up 4.7 million viewers across linear cable and HBO Max, which marks the second-largest debut on the network since 2010 (only House of the Dragon had higher premiere viewership).

The first season — which consists of nine episodes and was co-written by Neil Druckmann, the creator of the beloved games — will hit HBO and HBO Max on Sunday nights at 9 p.m. until March 12. Given the massive success of the first episode, viewership will likely only grow as the weeks go by, which means it’s only a matter of time until the second season is officially greenlit.