Breaking Down The Latest Episode Of ‘The Mandalorian’: “Chapter 11: The Heiress” 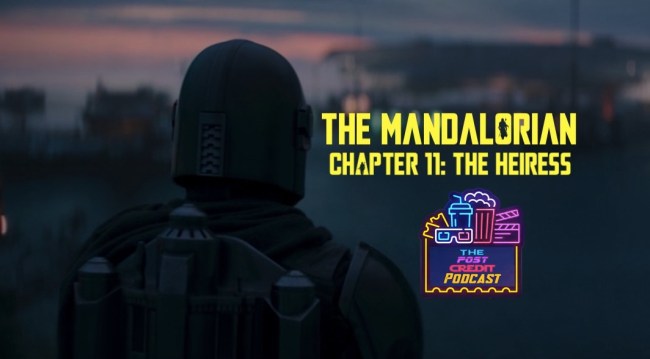 The mark of a truly great athlete is one that possesses what’s known as the “clutch gene”. While talking heads on ESPN and Fox Sports have driven the cliche into the ground, the idea of the clutch gene remains ever-present in the world of competition.

In short, the clutch gene is the ability to perform under pressure, when the stakes, and therefore the consequences of falling short, are at their highest.

In “Chapter 11: The Heiress”, The Mandalorian reminded us that it’s still very much an owner the clutch gene, as this episode — the third of season two — finally got the series back on track.

Depending on a variety of factors such as the depth of your Star Wars fandom and your appreciation of episodic television, your mileage on The Mandalorian‘s oft-deployed “adventure of the week” format may vary. Most seem to enjoy it, as the blend of amusing and easily consumable Star Wars content is enough for them. But for me, someone who grew up on the golden age of television, I find The Mandalorian to be at the peak of its powers when it’s embracing serialized storytelling and advancing or explaining the series’ main plot: the past and future of Mando and Baby Yoda. And that’s what makes The Heiress such a strong episode, as it bears both of those qualities.

Not only do we get our first season two glimpse at Moff Gideon, meet other Mandalorians such as Bo-Katan, and hear Ahsoka Tano name-dropped for the first time (advancing the plot forward, a.k.a its future), but we also can an injection of history (a.k.a its past) as we learn Din Djarin’s subsect of Mandalorians — who never take off their helmets — are considered to be extremists. Every time we learn something new about our character’s past or where they’re heading in their future, The Mandalorian grows another root into the ground, strengthening from its base as it further anchors itself in Star Wars lore.

The notion of The Mandalorian’s core strength continues with this episode’s set-piece, which I also found to be the best of the season thus far, as I’ll take a raid of an Empire-controlled, Stormtrooper-filled stronghold over the explosion of a sandworm every day of the week.

Also notable this week was the decision to ostensibly put Baby Yoda on the sidelines, which is something this season was in desperate need of as its dependence on Baby Yoda’s “awww” factor was becoming to be a bit too heavy on in Chapter 9 and 10.

Overall, from its tantalizing teases of the greater Star Wars universe — from Bo-Katan to Ahsoka Tano to Moff Gideon– to the Mandalorians going full 2017 Golden State Warriors on that carrier and just steamrolling the Empire, “Chapter 11: The Heiress” represents the best episode of season two thus far and a welcome return to form for the Emmy-nominated series. Hopefully, now that Mando has his sights set on Ahsoka Tano, the rest of season two will continue to be propelled by the series’ main arc.

Roughly 40. First, there are the five alien ice fishermen who try to drown him and steal his Beskar. Then, they kill upwards of 30 Stormtroopers on that carrier.

When Baby Yoda gets attacked by his soup.

Bo-Katan tells Mando that he can find Ahsoka Tano in the city of Calodan on the forest planet of Corvus. There, he’ll be able to learn more about the Jedi and Baby Yoda.

The raid on the Empire carrier.

Bo-Katan is after the Darksaber, which was last seen in the possession of Moff Gideon in the season one finale. The Darksaber is a Mandalorian ancestral artifact that is usually given to the leader of the people, meaning that Gideon’s current possession of it means it was obtained thoroughly likely violent means.

My co-host Brandon thinks Ahsoka Tano is going to make her live-action debut. I disagree and hope they save that moment for later in the season. Next week, I’m predicting we get a more substantial update on Moff Gideon, what he’s been up to, and how he’s planning to track down Mando and Baby Yoda next.