This A+ Fan Trailer For ‘The Office: Threat Level Midnight’ In The Style Of ‘Mission Impossible’ Deserves An Emmy 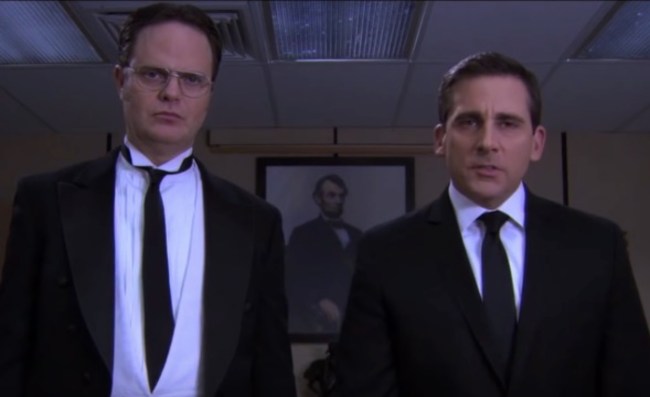 Looking back at The Office there were countless episodes that stood out as legendary. One of those episodes was ‘Threat Level Midnight’ which debuted as the seventeenth episode of Season 07.

This episode was co-written by B.J. Novak who played Ryan the Intern on the show and in the episode Michael Scott screens the action film that he’s been writing, shooting, editing, and re-shooting for over a decade.

The film within the show stared Michael Scott as ‘Agent Michael Scarn’, Jim Halpert as his nemesis ‘Goldenface’, and Dwight played Agent Michael Scarn’s robot butler. The episode was great, they handled it well on the show, but it really hit its stride when fans started re-cutting the footage.

I’ve seen some really good trailers for Threat Level Midnight on YouTube before but this one definitely tops those. YouTuber Rajveer Dhanak re-cut the footage to create a Mission Impossible: Fallout-style trailer for Threat Level Midnight and the final footage is amazing. This clip popped up on Reddit and was sent to me by a friend earlier today and I thought I’d share it with all of you bros out there who are fans of The Office:

There’s been some excellent footage from The Office hitting the Internet this week. Yesterday, I shared this ‘Out Of Context’ clip which is a compilation of some of the show’s all-time greatest moments spliced together without any context. It’s gold: