‘Dwight Schrute Vs. The World’ Made Me Realize Dwight Was More Insane On ‘The Office’ Than I Remembered 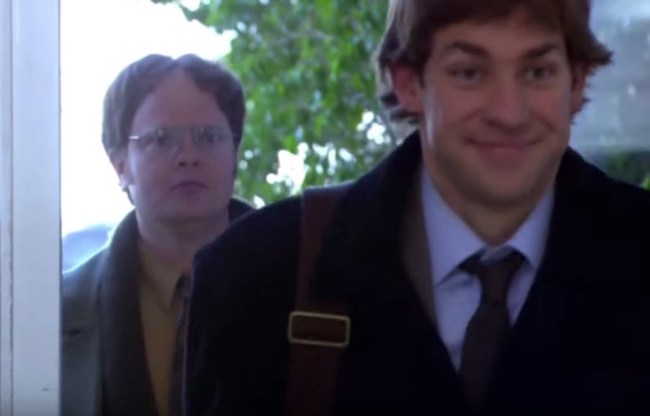 It has been 2,191 days since The Office series finale aired on NBC. That’s 313 weeks, or 2191 days, or roughly 52,584 hours since the last time we all saw the employees of Dunder Mifflin together.

But the show lives on thanks to streaming services. It’s BY FAR the most watched show on Netflix. In 2018, The Office was streamed on Netflix for a total of 52.1 BILLION minutes while the second closest show, Friends, was watched for a total of 32.6 billion minutes.

The show also lives on thanks to YouTube. The Office YouTube channel remains as active as ever and each week they release a few supercuts. The most recent one pieces together some of Dwight Schrute’s most insane moments and this really took me back.

Rainn Wilson really took the character of Dwight Schrute to some dark places throughout the series and this tribute is one crazy walk down memory lane. It highlights all the memorable times that Dwight Schrute was fighting back against the world from his feud with Andy to the legendary snowball fight:

When it comes to binge-watching, you’re more likely to find me watching 30 Rock and Parks and Recreation but I still watch a ton of The Office. Even when I’m watching this show a handful of times each week it’s easy to forget the depths of Dwight Schrute’s darkness when you aren’t seeing it all in one supercut like this.

Want to see more clips like this one above? I’ve got you covered: Top 10 All-Time Pranks On The Office, Tribute To Dwight + Jim’s Bizarre Friendship, Michael Scott’s 10 Best Quotes, Which ‘Office’ Character Would Make The Best Drinking Buddy?, The Best Toasts And Speeches From ‘The Office’, All-Time Best Parties On ‘The Office’, or you can just click here to check out all of our coverage on The Office.