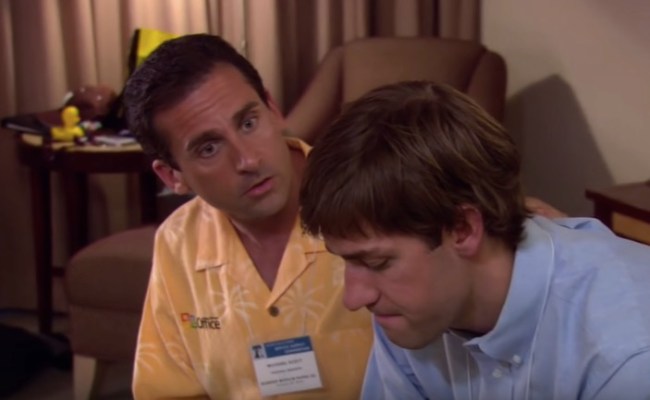 It’s hard to believe that NBC’s The Office has been off the air for nearly six years now. The finale aired on May 16, 2013, but it seems like the show’s never left the air due to reruns on TBS, Comedy Central, and the ability to binge watch the shows nonstop on Netflix.

On a road trip last Summer I listened to the episode of Marc Maron’s WTF Podcast where he interviewed Mindy Kaling who appeared as Kelly Kapoor in 161 episodes of The Office and she wrote 26 of the 188 episodes herself. She mentioned that when the writers would always meet for the first time before a season the one episode they’d all look forward to writing with the Christmas Party episode.

NBC just released a supercut of the best party scenes from The Office and while it doesn’t focus primarily on Christmas party scenes you can still easily get a sense of why party episodes were always the most fun for the writers. There were always huge reveals (i.e., why Jim left Scranton because of Pam) and they always seemed to move the plot forward much more in these episodes than in others.

This supercut of the best party scenes from The Office is just the latest awesome video uploaded to NBC’s official YouTube channel for the show. There have been a bunch over the past year and I’ve linked a bunch of them below so be sure to check those out if you enjoy this one.

Want more? Check these out:

Of course, one of the best all-time party moments on The Office was Michael and Jan’s dinner party which turned out to be the most awkward event in history. You can watch the highlights of that one in this clip if you want more.