‘The Outsider’ Was A Bigger Hit Than ‘Watchmen’ And ‘True Detective’, Essentially Guaranteeing Season 2 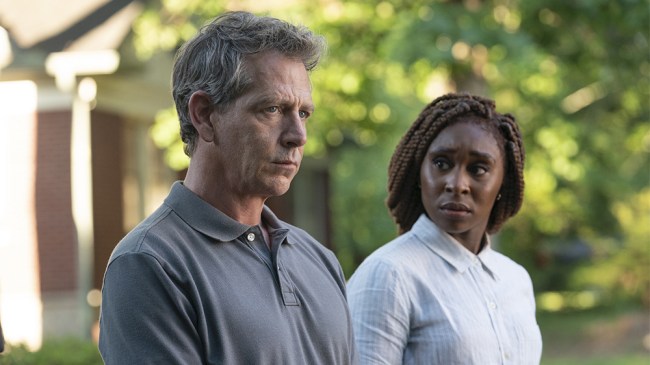 Back when the official trailer for The Outsider dropped, I wrote that I was ready for it to “melt my face off”, as it appeared to be everything that True Detective *tries* to be.

Lo and behold, I was right, as The Outsider was not only enjoyed and appreciated by both fans and critics alike, but it actually grew into a bigger ratings hit than the likes of Watchmen and True Detective.

Through its first nine episodes, The Outsider — which stars Ben Mendelsohn and Cynthia Erivo as a detective and private investigator looking into the mysterious circumstances surrounding a boy’s death — has averaged better than 9 million viewers per episode across all platforms. (HBO’s viewer figures are for the entire run of the show to date.)

Sunday’s finale drew the biggest initial audience for the show with 1.37 million people tuning in. That’s a 16 percent improvement on the previous high of 1.18 million set a week earlier. Replays and streaming pushed Sunday’s total to 2.2 million, a first-night high for the show. (via The Hollywood Reporter)

Spoiler Warning for Season 1 of The Outsider will follow.

Considering that the post-credit scene showed Cynthia Erivo’s Holly Gibney sporting quite a nasty El Coco-esque scratch, the door is certainly open for a second season.

The Outsider may not be the flashiest HBO series in recent years, but it’s effective, gripping, and most importantly, popular. And those are the qualities of a series that will be around for longer than just one season.

At this time, HBO has yet to make an official announcement regarding a potential season. Still, the fact that they reclassified the show as a regular series as opposed to a miniseries tells you everything you need to know.