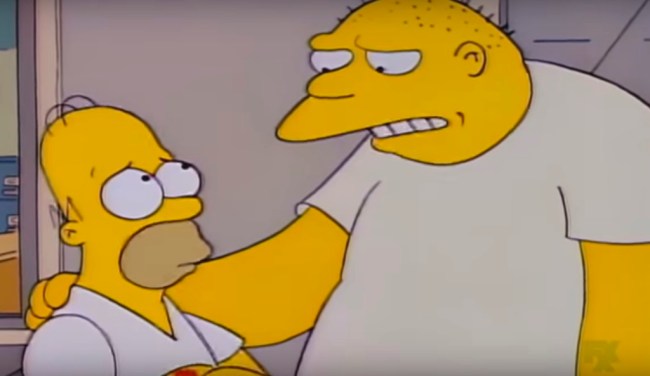 Last week, the minds behind The Simpsons made the polarizing decision of pulling one if its most successful episodes of all-time from all its platforms.

The 1991 episode, titled Stark Raving Dad, featured Michael Jackson providing the guest vocals for Leon Kompowsky, a New Jersey bricklayer Homer meets in a mental institution who claims to be the pop star. Jackson, who was a huge fan of the show, was reportedly adamant that a scene be included where he and Bart Simpson create a song together. The song, which Jackson penned himself, includes lyrics that he and Bart sing to Lisa: “And your first kiss from a boy…”

In light of the Leaving Neverland documentary, in which two alleged Michael Jackson child abuse victims claim in great detail that the icon groomed them for sex that spanned many years, executive producers of The Simpsons made the decision to axe the episode entirely.

Showrunner Al Jean, who wrote the episode (which was his very first since taking over the showrunning reins from creators Matt Groening, James L. Brooks, and Sam Simon), explained to the Daily Beast the reasoning for their decision-making. When asked if it was a difficult decision to delete the show from its catalog, Jean responded:

Yes. It wasn’t something that makes me happy. It’s something I agree with completely. What saddens me is, if you watch that documentary—which I did, and several of us here did—and you watch that episode, honestly, it looks like the episode was used by Michael Jackson for something other than what we’d intended it. It wasn’t just a comedy to him, it was something that was used as a tool. And I strongly believe that. That, to me, is my belief, and it’s why I think removing it is appropriate. I lose a little bit of money financially, it’s not something that’s great personally to lose one of the most successful things I ever did, but I totally think it’s the right move. I don’t believe in going through and making judgments on every guest star and saying “this one was bad, that one was bad,” but the episode itself has a false purpose, and that’s what I object to about it now.

Well, there’s a different for that, which is he was a satire—he was never voiced by Cosby. He wasn’t entirely a Cosby parody either, which is why I don’t think anybody looks at the character now and says “Oh, that’s Bill Cosby.”

No matter what your view, I think we can all agree this whole situation blows.