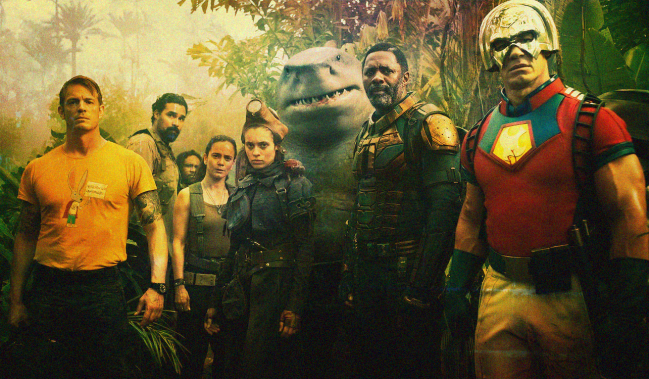 2016’s Suicide Squad was — neigh, is! — one of the great cinematic disappointments of my lifetime. So much so that I still carry out a one-sided feud with Jared Leto, slandering him any chance I get. I hope to one day have him on our podcast, where we (I) can hash out our differences. Open invitation, Jared.

Regardless, maybe it’s because of how good the first trailer was, or the fact that it was the first Joker since Heath Ledger’s masterpiece performance in The Dark Knight, but something about the disappointment of Suicide Squad was so uniquely painful that I haven’t let go of it today. Heading into The Suicide Squad, I’d joked that maybe it’d help me find peace. And while James Gunn’s raucous reimaging of DC’s Task Force X is far from peaceful, peace is exactly what I found.

If Suicide Squad was the “gritty origin story” gone wrong, The Suicide Squad is the “comic book come-to-life” cliche gone right. Margot Robbie said during the press tour that the film is “one of the greatest, if not the greatest comic book movie ever made,” and in a sense, she’s sort of right:  when it comes to sheer comic book aesthetic, sensibility, and tone, James Gunn’s The Suicide Squad is the medium distilled down to its purest form and poured all over the big screen with reckless abandon. If nothing else, this movie is fun, and that is arguably what entertainment is all about.

That said, while a definitive strength of the film, that comic book flashiness effectively renders the plot toothless until the third act, as a majority of the first hour or so is spent ramping up the action, jokes, and character dynamics while leaving the plot — outside of being tasked with infiltrating a military stronghold in the capital city of the fictional Corto Maltese — on the backburner.

That course of action is ultimately paid off when taking the full package into account, as the decision to focus on character is not only warranted but arguably forges the film’s definitive trait, as quite literally every single character, particularly those that comprise Task Force X, is buoyed by a standout performance. Idris Elba, Margot Robbie, Joel Kinnaman, David Dastmalchian, John Cena, a scene-stealing Daniela Melchior as Ratcatcher-2, hell, even Sylvester Stallone’s voice work as King Shark — they’re all great as they imbue these anti-heroes with fatal flaws that bare themselves out in both moments of weakness and strength. Their flaws are what makes them villains, but it’s also what makes them human and therefore arguably more relatable than the caped heroes we’re so often rooting for.

As a result of its commitment to character and relationships, The Suicide Squad is able to deftly blend the inherently absurd and insane nature of its premise and set-pieces with genuine sentiment throughout. The film is not only crammed with both hilarity and heartfulness, but it packs a cumulative emotional punch that’s reminiscent of Gunn’s work on both Guardians of the Galaxy films, giving The Suicide Squad a tripod of characteristics that largely define whether or not a movie, particularly a blockbuster (and a comic book, for that matter), is “good”: action, humor, and heart.

The Suicide Squad will hit theaters and HBO Max on Thursday, August 5.