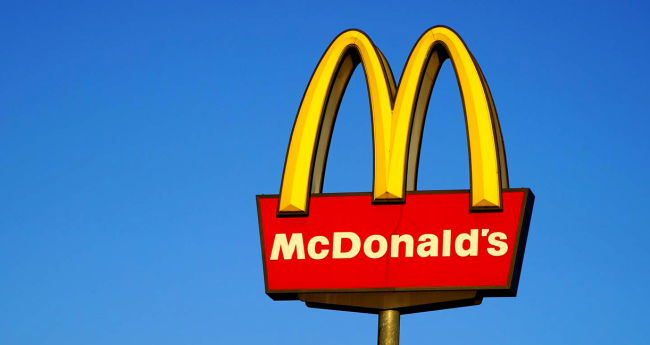 As most people know by now, TikTok is the best place to go for flying tips, secret menu items, Zach Wilson’s mom, Jackson Mahomes videos, and, of course, McDonald’s hacks.

Today we will focus on that last one as TikTok account @hellthyjunkfood has been proven to specialize in that sort of thing.

Perhaps the best example of this is a TikTok video they posted about a McDonald’s french fries hack which has now been viewed over 7.4 million times.

In the video, a man pulls up to the McDonald’s drive thru and makes a very unusual request: he would his french fries to be put in a large cup instead of the usual container.

The employees gamely agreed, but like anyone else would be, were clearly wondering why the man would make such a strange request.

Is he going to drink his french fries or something?

Nope. They quickly learn that he ordered his fries in a large cup so that he could place them cleanly into his car’s cup holder, giving him the ability to easily grab a few and chomp away as he drives.

“It’s a good idea, right?” he tells the staff. “You just go like that and put it right in the cup holder.”

“The whole store came to see who ordered lol,” one viewer commented.

“Travel fries is the future,” someone else wrote.

“How in my 30 years on this earth eating fast food have I NEVER TRIED THIS?” another person questioned.

They also have another TikTok video which is basically the same thing only with an order of Chicken McNuggets.

TikTok has no shortage of cool and useful McDonald’s hacks

Another McDonald’s hack shared by @hellthyjunkfood shows how to make a In-N-Out “Double Double Animal Style” burger out of a McDonald’s out of a double cheeseburger.

Think a McFlurry costs too much? Here’s a popular video posted to the account which shows how to make your own, cheaper, McFlurry by just ordering an ice cream cone with whatever toppings you would want in a McFlurry.

This too also requires you to ask them to put it in a large cup (and for the ice cream machine to not be broken).

The account is just loaded with McDonald’s hacks, including how to make and/or get Big Mac loaded hash browns, a Burger King Whopper, a honey buttered chicken biscuit, and more. Check ’em all out here.