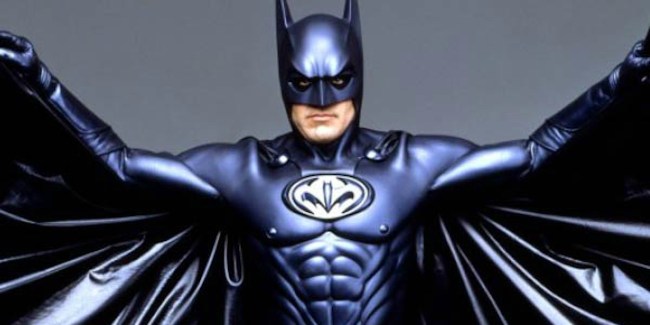 After essentially defining the future of blockbuster movies with 1989’s Batman, singular director Tim Burton ultimately walked away from the franchise following the 1992 sequel Batman Returns.

Burton was ultimately replaced by Joel Schumacher for 1995’s Batman Forever and 1997’s Batman & Robin, a film so reviled that it was put on ice for eight years until Christopher Nolan reinvented blockbuster filmmaking with Batman Begins, introducing the phrase “grounded and gritty” reboot into the pop-cultural lexicon.

Given the fate that the Batman ultimately endured in the 90s, it’s hard for Dark Knight fans not to imagine what might’ve happened if Burton ultimately directed the third film, which likely would’ve seen Michael Keaton return to the titular role, too.

One thing movie-goers can be certain of, though, is that Burton’s Batman films would’ve never introduced the infamous Batnipples, as he recently said in an interview that the studio, Warner Bro., should go “f–k itself” for doing such a thing.

“That’s the funny thing about it… I was like, ‘Wait a minute. Okay. Hold on a second here. You complain about me, I’m too weird, I’m too dark,'” Burton said about the studio’s response to Batman Returns in a recent interview with Empire Magazine. “And then you put nipples on the costume? Go f–k yourself. Seriously. So yeah, I think that’s why I didn’t end up [doing a third film]…”

It certainly would’ve been fascinating to see whether or not a potential third Batman film could’ve found a balance between Burton’s gothic stylings and the studio’s efforts to commercialize the character.

Luckily for fans of Keaton’s Batman, though, the character will be returning in Batgirl and The Flash, with Batgirl hitting HBO Max sometime this year and The Flash hitting theaters in 2023.