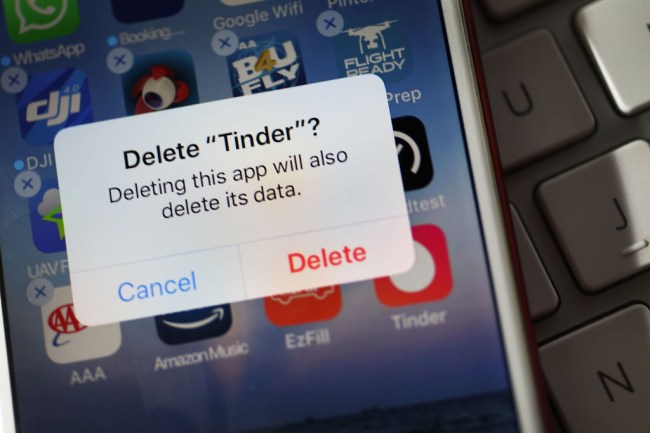 So you bros probably heard about the “aspiring model” who self-righteously recruited dozens of men to New York’s Union Square under the assumption they’d go on a typical one-on-one date, only for her to climb up on a stage and tell the crowd of men they needed to engage in a Hunger Games-style competition to win her attention. Total sanctimonious behavior masquerading as a “social experiment,” an attention-grab that validates itself with a promise of deep cultural significance.

The woman, Natasha Aponte, worked with creative director Rob Bliss for OVER TWO YEARS on the stunt and the pair was rewarded with an appearance on Good Morning America. They hired over 50 overseas workers to act as Natasha and set up the dates with each of the men, created a fake EDM event (with posters), set up a stage, and hired videographers and bodyguards.

When Natasha arrived, she introduced herself before launching into a tirade of disqualifying characteristics: “Those people in relationships should leave now.” “Anyone under 5’10”, leave now.” “No beer bellies.” “No bald guys.” “No khakis.”

I feel like I’m part of the problem posting the video below, but someone needs to buy the dude at the 3:38 mark all the beers.

The justification for the stunt is convoluted and a study in contradictions. Bliss told Good Morning America:

“It’s kind of become socially acceptable to like disqualify people and say, like, you have to be X height, you have to work X job,” he said, comparing it to Aponte’s own disqualifying list for the potential suitors. “This project proved that doesn’t matter at the end of the day.”

How? How did it prove that?

Aponte chimed in with her own dose of piousness:

“I’m taking all the hits right now,” she said. “It’s funny because all of the negative that I’m getting from these guys … [they] are still in my inboxes trying to date me.”

Welp, there it is. The real motivation rears its ugly head out.

The sad part about all this is that there’s probably going to be a take out there that lauds this stunt for exposing men’s toxic masculinity when the reality is that these were likely just a bunch of guys hoping to find a connection but instead had their afternoons ruined.