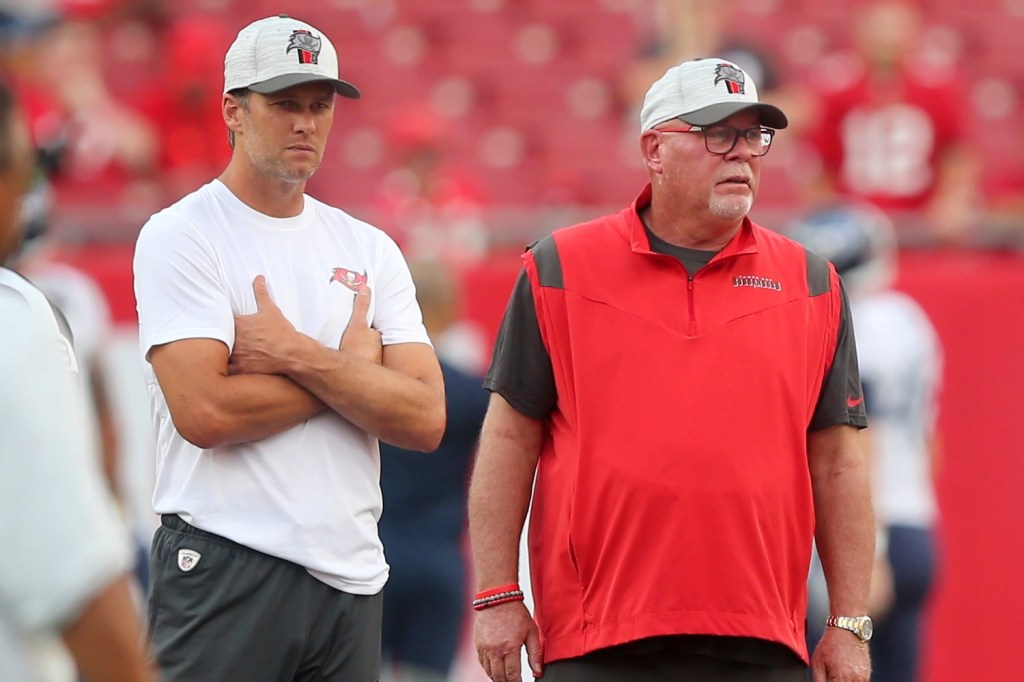 The NFLPA can dance around the topic all they want but the fact of the matter is there’s a competitive advantage to having a fully-vaccinated team in the NFL.

Unvaccinated players face the prospect of missing practice and game time if they come in close contact with someone who tests/tested positive.

I found it interesting that no reporter straight-up asked Tom Brady if he was vaccinated when mini camp and preseason games began. It’s possible there are reasons that nobody asked but there’s not an instance of a reporter asking Brady about it.

Tampa Bay Buccaneers Head Coach confirmed that Tom Brady is fully vaccinated in a roundabout way, stating that every player and staff member of the Bucs organization is fully vaccinated. This includes Leonard Fournette who was a high-profile holdout. Fournette says he got the shot to be a better teammate.

Bruce Arians confirms Tom Brady is vaccinated: "Buccaneers are 100% vaccinated, including every player, coach and staffer"…Leonard Fournette was hesitant but says it "came down to wanting to be the best teammate he can be " pic.twitter.com/1YVpvy8GHH

Head coach Bruce Arians today referred to the Bucs as a “100 percent vaccinated organization” and said that included every player, every member of the coaching staff, and every other franchise staff member.

Bucs running back Leonard Fournette, who had previously indicated that he was hesitant about getting the vaccine, confirmed today that he got it, saying that it ultimately came down to wanting to be the best teammate he can be and understanding that NFL protocols make it easier for vaccinated teammates to work together closely with no limitations. (via PFT)

As a Buccaneers fan who is still in complete and utter disbelief that we miraculously signed Tom Brady AND THEN won our 2nd team Super Bowl, it’s great to see the players and staff aren’t going to potentially face any unnecessary risks this season and miss playing time when they don’t have to.

It’s worth noting that Tom Brady has been fully vaccinated for several weeks, at the very least. Or he would’ve been subjected to a quarantine period after coming in close contact with Mike Vrabel who later tested positive:

Mike Vrabel spent quite a bit of time chatting with Bucs quarterback Tom Brady and his son Jack during joint practices this week. This is from @GeorgeWalkerIV of @Tennessean. Vrabel just announced that he has tested positive for COVID-19 and will be quarantining. pic.twitter.com/8CdKVJ4QKV

Lots of folks on here expressing surprise over Tom Brady's vaccination status…FWIW, his sister Nancy was a Pfizer Global Health Fellow in Uganda and has spent 20 years working in healthcare. His sister Maureen is also a nurse.