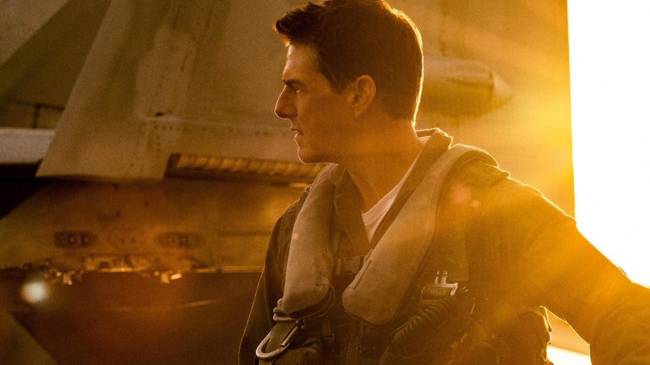 After a period of two years that saw people wondering whether or not the industry would ever return, the movie business has been back in a big way in recent weeks and months.

Over the weekend, not only did Top Gun: Maverick cross the billion-dollar mark at the global box office, but for the first time since 2018, four different films earned at least $20 million over the course of a single weekend: Top Gun, Jurassic World: Dominion, Elvis, and The Black Phone.

At the forefront of that battle to resurrect movie theaters over recent years has been Tom Cruise, the star of Top Gun: Maverick and one of Hollywood’s last traditional movie stars — a member of a truly dying breed.

In the wake of Top Gun: Maverick becoming the 50th movie to ever cross the $1 billion mark, Cruise took to Twitter to take a victory lap by shouting out movies, studios, exhibitors, and audiences alike.

To all the films in release, to all the studios, and to all the exhibitors: congratulations. To the audience: thank you for venturing out and allowing us to entertain you.

See you at the movies.

Next up for Cruise is the long-delayed-and-awaited Mission: Impossible – Dead Reckoning Part One, which is set to hit theaters on July 14, 2023 (the film was originally supposed to release this year, but the studio delayed it so it’d hit theaters closer to the sequel, which will drop in 2024).

Given that Top Gun: Maverick is the first film of Cruise’s career to make over $1 billion, there’s a real chance that Mission: Impossible – Dead Reckoning Part One crosses that threshold, too. 2018’s Mission: Impossible – Fallout made $790M at the global box office, so there’s a chance the momentum from Top Gun: Maverick (which could actually be a player at next year’s Academy Awards) pushes its sequel past $1B.