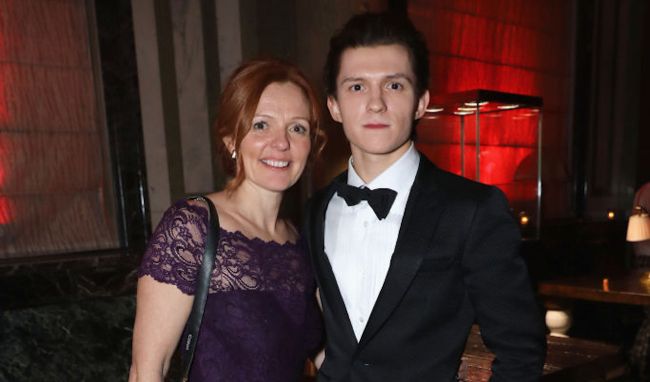 During a recent appearance on Jimmy Kimmel Live, Robert Pattinson — the latest actor to play Batman on the big screen — said the major piece of advice that he received from Christian Bale about portraying the Dark Knight was to make sure that he had a way to relieve himself while wearing the suit.

“I was a bit scared to ask them anything, but I bumped into Christian Bale. [I was] next to him in a urinal, and I guess it kind of inspired him to say, ‘The first thing you need to do in the bat suit is figure out a way to pee,'” Pattinson told Kimmel.

The ability to go to the bathroom is obviously a common occurrence for actors who have the privilege of portraying a superhero, as Spider-Man actor Tom Holland recently told a similar anecdote while appearing on Live with Kelly and Ryan.

Holland, reminiscing about making his first Spidey flick — 2017’s Spider-Man: Homecoming — revealed that his own mother actually reached out to the producers of the film to secure additional bathroom breaks for her son.

“On the first movie, I remember we were shooting this sequence on the stack on the Washington Monument, and I was in the suit for days at a time, sort of 11 hours [a day]. I was young and wanted to impress the studio, and didn’t want them to think I needed breaks,” Holland said, recalling that his original Spider-Man suit didn’t have a zipper.

“I remember calling my mom up on our daily phone calls, and I was like, ‘Mom, I’m really struggling, I’m working every day, and because I wear the suit, I can’t go to the bathroom,” Holland said on Live with Kelly and Ryan. “And then two days later the producer came up to me and was like, ‘How are your kidneys?’ He’s like, ‘Well, your mom called us.’ So, my mom called up the biggest studio in the world and was like, ‘Give my son more toilet breaks!'”

The film is currently playing in theaters and will hit Starz in the “next six months,” according to a Deadline report from early February.