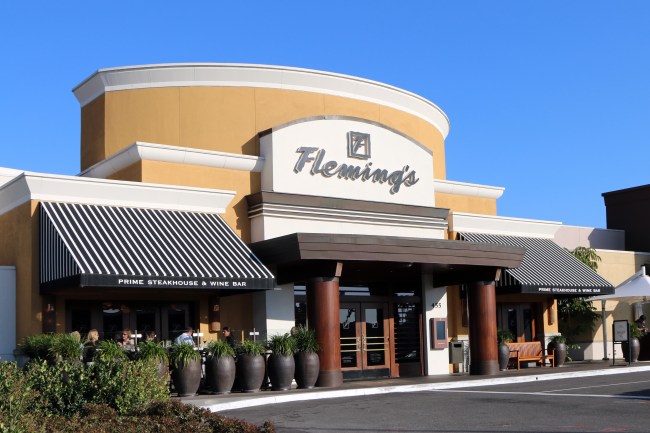 I consider myself a bit of a chain restaurant connoisseur. Mostly in the sense that I don’t eat at them very often but have extremely strong and inflexible opinions about all of them.

Hooters, my favorite chain restaurant for their curly fries and wings, didn’t make the cut in this year’s TripAdvisor rankings. I don’t really understand why they didn’t make the list given that they’ve got one of the best beer selections around and their buffalo shrimp is divine but I’m not here to nitpick, I’m here to share the news.

Based on thousands and thousands of reviews, TripAdvisor was able to determine the Top 10 Chain restaurants in three categories. Chains with 10-50 locations, 51-100 locations, and 101+ locations. These rankings “are based on the quality, quantity and recency of reviews from TripAdvisor diners” within the past calendar year from December 1, 2017 through November 30, 2018.

My favorite breakfast chain made the list, First Watch, which was founded in my hometown. I grew up with the co-founder’s son and we used to be on the golf team together back in H.S. It’s amazing to see how much they’ve grown over the past 20 years.

Anyway, here are the list(s) for the best Small, Medium, and Large chains of 2019:

I have to admit that I’m a pretty big fan of #2 above these days, Season 52. I’ve heard mixed reviews from other people but every meal I’ve had there has been great. We went there for my dad’s birthday two years ago and they gave everyone at the table free champagne and a free dessert. Their seasonal offerings are always good. They seem to have just figured out that mixing up the menu regularly and including items people actually want to eat is a recipe for success.

I think I’d swap the top 2 here. I love the Capital Grille, don’t get me wrong. Fleming’s just has superior wine offerings and they’ve never overcooked my steak whereas that’s happened 2 of the past 4 times I’ve been at The Capital Grille. I do like Capital Grille’s steak specials more than Fleming’s though.

Blaze Pizza has just exploded across America, hasn’t it? They went from relatively unknown to 101+ locations in such a short period of time it’s hard to keep up. I also don’t get the love of The Cheesecake Factory. Their menu is all over the place. Zero focus. Why would anyone want that?

I’m shocked that Shake Shack isn’t on the list(s) above anywhere. I have to think that part of this is people who are loyal to In-N-Out or Five Guys are giving them mediocre reviews after trying them for the first time and thinking their favorite burger was actually better.

For more on this report, you can click here to check out TripAdvisor‘s full press release.