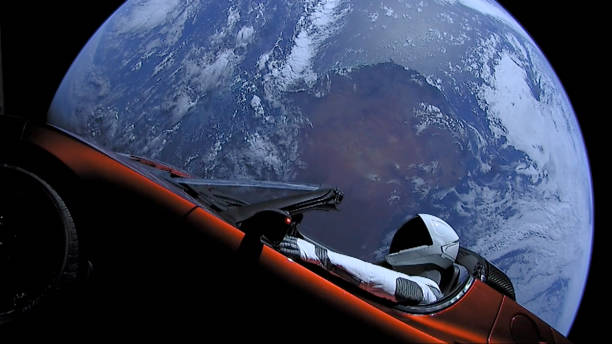 On February 6, 2018, SpaceX successfully launched their Falcon Heavy rocket, the most powerful operational rocket in the world, with the payload that included Elon Musk’s Tesla Roadster. Once in space, the Roadster was sent out into the cosmos. The Roadster and its “driver,” a mannequin named “Starman,” are on a journey through our solar system. The car played David Bowie’s “Space Oddity” on loop and broadcast live footage of its amazing voyage. The Tesla Roadster could only power the cameras for 12 hours and the transmission ended after the battery died. However, you can still track the Roadster’s epic road trip on a website.

The website, Where Is Roadster, tracks Musk’s Roadster during its space adventure. The site, which is not affiliated with SpaceX, was created by engineer Ben Pearson using data from NASA’s JPL Horizons. The website shows the car’s journey until November 13, 2020. The Roadster’s orbit is wider than Earth’s and graphs show the car’s progress compared to the orbits of Mercury, Venus, and Mars.

At the time of publication, the Tesla Roadster had traveled 2,400,133 miles from Earth, at a speed of 6,722 mph. The site tongue-in-cheekly reads: “The car exceeded its 36,000 mile warranty 659.4 times while driving around the Sun, (23,738,708 miles) moving at a speed of 72,128 miles/hour. It has achieved a fuel economy of 188.4 miles per gallon, assuming 126,000 gallons of fuel.” Some suggest that the Roadster is headed to an asteroid belt. Watch Elon Musk react to SpaceX’s Falcon Heavy Rocket launch by freaking out and dropping an F-bomb. Keep on truckin’ Starman.