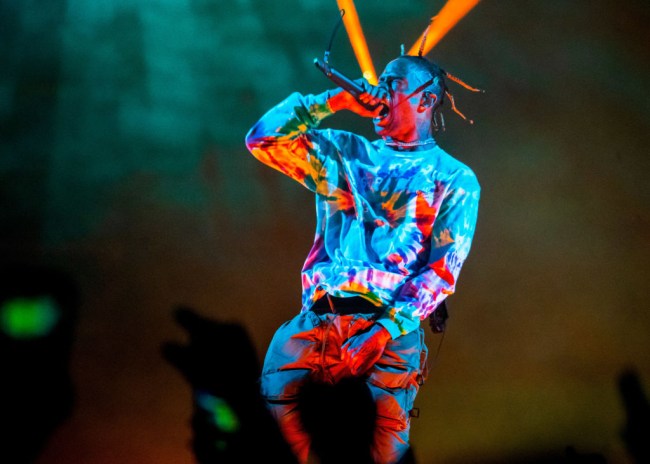 After an immense struggle, Maroon 5 has found an artist to play with them for the Super Bowl halftime show in Atlanta on February 3.

Six-time Grammy nominee and Kylie Jenner loverboy Travis Scott. Scott, a 26-year-old Houston rapper who Ellen DeGeneres recently called “the voice of a generation”, reportedly signed on to do the biggest gig in music despite its political sensitivity. Rihanna had turned down an invitation to perform at the Super Bowl and cited the NFL’s handling of the Colin Kaepernick situation and the protests he inspired as why she declined— a year after Jay Z opted out for the same reason.

Fun Fact: Travis Scott is the only rapper born after 1990 who hasn’t thrown a ‘Lil’ in front of his name (Lil Xan, Lil Pump, Lil Uzi Vert, Lil Yachty). I actually have no basis for this claim but if I’m wrong, it’s not by much.

I’ve never been to a Travis Scott concert but I have a couple friends in the music industry (ayyy humblebrag) that claim they are a fucking experience.

Maroon 5 concert, on the other hand, a bit tamer.

At the Maroon 5 concert there was this 30 year old woman with a mom haircut who was dancing in the stair way the whole 2 hours pic.twitter.com/baslr0TUjA

This collaboration shall be interesting.