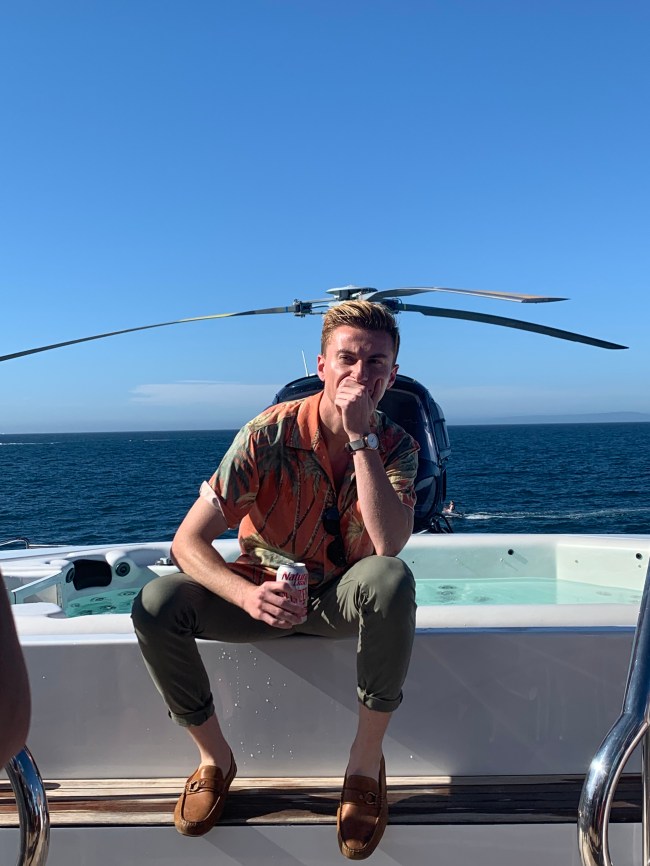 In my 10 years at BroBible, I’m not sure I ever remember an alcohol craze quite like the hard seltzer mania of summer 2019. If you like a refreshing adult beverage on a hot summer day, this summer has truly been a “battle for the bubbles,” as my friend Greg puts it.

A couple weeks ago, Natty Light seltzer entered the space in it’s own very Natty Light way: Two wildly unique seltzer flavors in traditional 12oz beer cans with a slightly higher ABV at 6%, priced about 20% cheaper than White Claw, Truly, and other seltzers on the market. While other brands positioned themselves as a lifestyle beverage, Natty did what Natty does: Position Natty Light Catalina Lime Mixer and Natty Light Aloha Beaches as the hard seltzer of choice for the economically-minded who like having a damn good time.

No where was that more apparent than this past Saturday, on a yacht at the famed Catalina Wine Mixer. Natty Light wrapped a yacht with it’s Natural Light Catalina Lime Mixer Seltzer logo and threw a party for select influencers and media that you had to take a helicopter to get to. 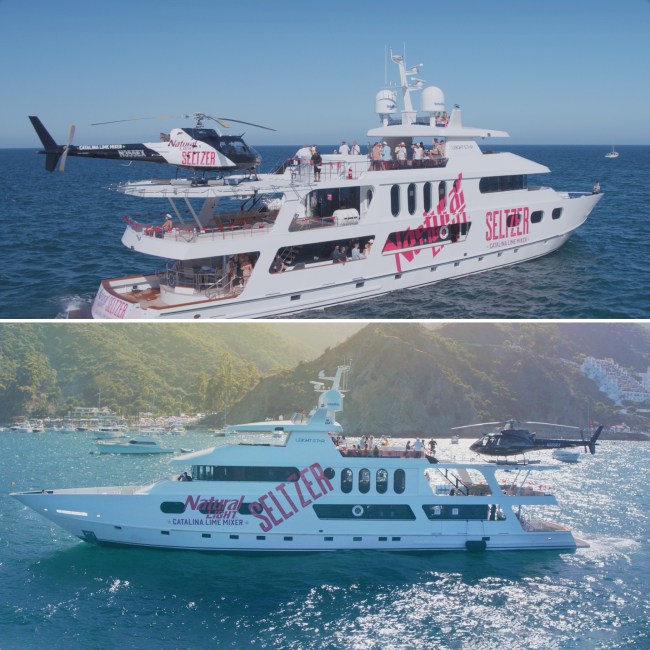 Onboard, there was ample Natty Light seltzer. And the biggest reveal of all came right before golden hour, when a helicopter landed aboard the 150-foot yacht with Trevor Wallace aboard.

Trevor Wallace is the LA-based comedian who turned White Claw into a viral content craze this summer, coining the instantly memorable catchphrase “ain’t no laws when you’re drinking ‘Claws.”

White Claw’s legal team wasn’t to happy about their brand being positioned that way by the comedian, so they sent Trevor Wallace a cease and desist when he started selling t-shirts with the phrase.

Fast forward to Saturday, September 7th, 2019: Like the Verizon guy pivoting to Sprint, Trevor Wallace stepped out of a helicopter on a yacht moored off of Catalina, announcing that he’s now *officially* a Natty Light seltzer man.

I did my best to document this in a series of frenzied tweets that summarize the sheer ridiculousness of the afternoon:

A helicopter just landed on this yacht pic.twitter.com/e0Vfw8woOA

I think we reached a true watershed moment for hard seltzer marketing stunts. Not really sure where it can all go from here, sans a hard seltzer Super Bowl half-time show.

Tough to image ever beating drinking Catalina Lime Mixer at the Catalina Wine Mixer after taking a helicopter to the “biggest helicopter-leasing event in the Western Hemisphere since 1997.”

Found our paradise: A #NattySeltzer yacht off Catalina that’s fully stocked with @naturallight seltzer and ready to pop off for a #catalinalimemixer day party. 🚁🛥 pic.twitter.com/4f1yjxacWY

am I doing this right pic.twitter.com/tbyce7Cwxk

UPDATE 9/12: Natty Light Hard Selzter has a wrapped NASCAR car in the Vegas race this weekend, because Aloha Beaches needed some love too. 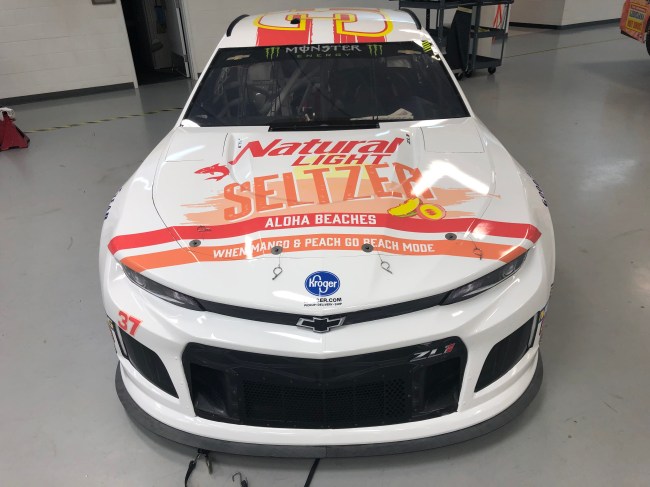 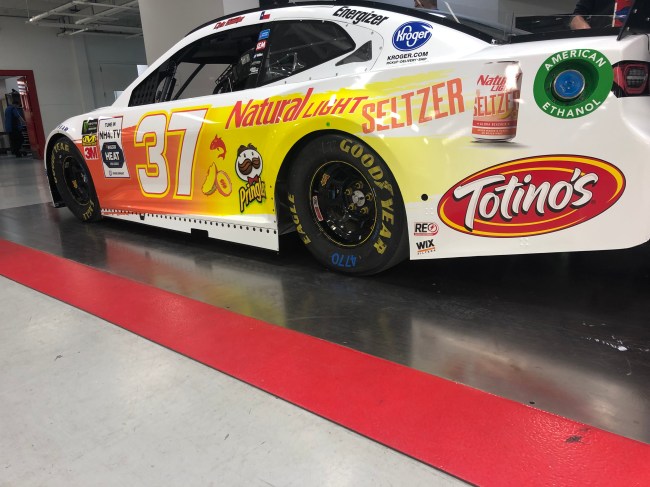 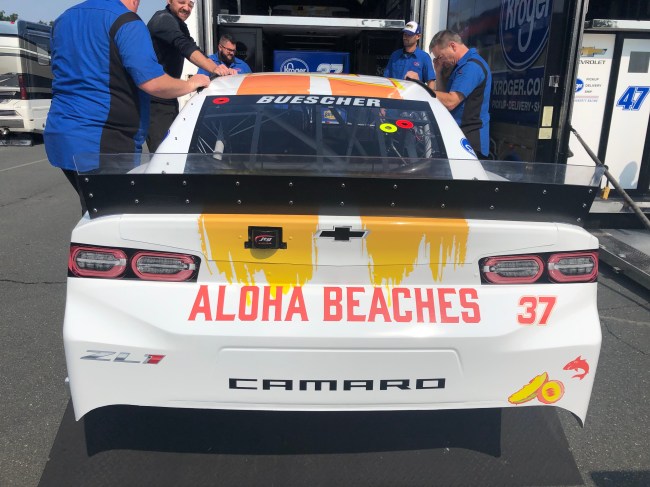 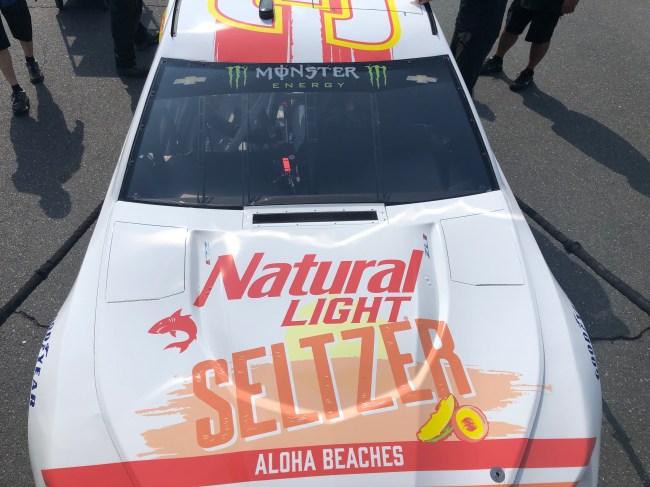