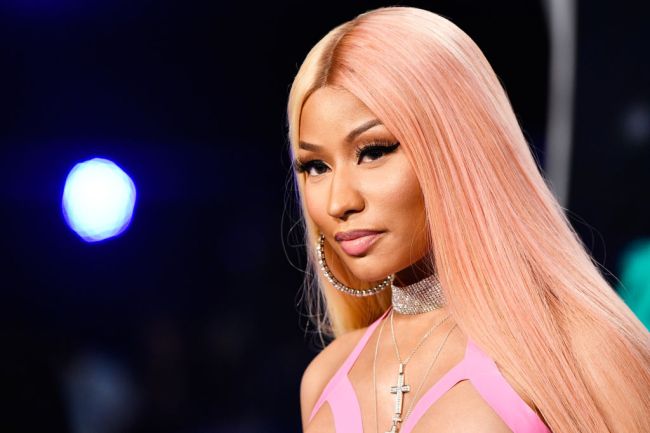 Nicki Minaj’s story about her cousin friend’s experience with the vaccine got debunked by Trinidad and Tobago’s health minister.

Earlier this week Nicki told the story about her cousin’s friend calling off her wedding because her fiance got swollen testicles after taking the Covid vaccine.

My cousin in Trinidad won’t get the vaccine cuz his friend got it & became impotent. His testicles became swollen. His friend was weeks away from getting married, now the girl called off the wedding. So just pray on it & make sure you’re comfortable with ur decision, not bullied

On Wednesday, Dr. Terrence Deyalsingh, who serves as the health minister for Trinidad and Tobago, responded to Nicki’s claim by saying his team wasted so much time doing research about her story and found there no reports of testicular swelling as a side effect of the Covid vaccine in Trinidad or in the World.

“We wasted so much time yesterday running down this false claim, it is as far as we know at this point in time, there has no reported side effect or adverse eventt…and what was sad about this, is that it wasted our time yesterday trying to track down, because we take all these claims seriously…as we stand now there are absolutely no reported such side effect or adverse event of testicular swelling in Trinidad or anywhere else in the world.”

Here is how the Nicki Minaj story was covered on CNC3 Television in Port of Spain, Trinidad. I assure you this is worth all 2:20 and it's probably better than any U.S. network covered the story pic.twitter.com/LjO1CMlq1z