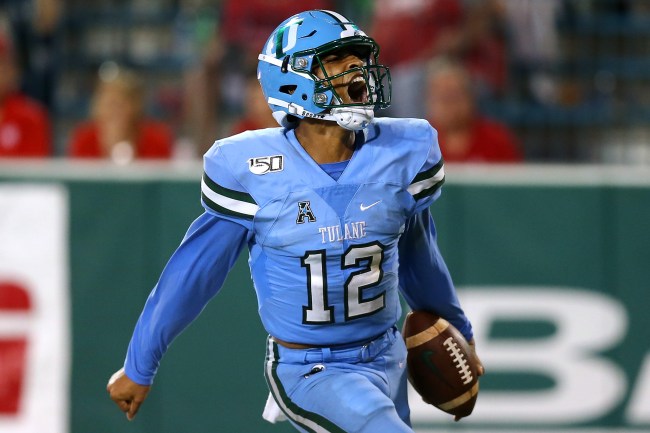 I did not expect to be devoting an article solely to the Tulane vs. Houston game, but that is the beauty of college football, magic can happen anytime, anywhere.

Tulane pulled off one of the most unlikely victories you’ll see all year in its matchup against the Houston Cougars. Sprinkle in some incredible plays and this game could very well define the Green Wave’s season.

Tulane (3-1) were getting crushed 28-7 with 13:16 left in the second quarter after quarterback D’Eriq King’s 35-yard touchdown run. Sidenote: this touchdown marked the 15th straight game King recorded a passing and rushing touchdown, an FBS record.

Tulane stormed back to tie the game at 31 a piece, and with under 20 seconds left in the game, Tulane had the ball at their own 30-yard line and looked to be in kneeling-for-overtime formation.

Tulane with the fake kneel! pic.twitter.com/2RvatLW25O

Tulane running back Amare Jones scampered for an 18-yard run, bringing the offense just shy of midfield with 12 seconds remaining.

This game-winning TD by Tulane is INSANITY. pic.twitter.com/31rnwqqa7M

In the words of Chip Douglas from The Cable Guy: “I love thish game.”