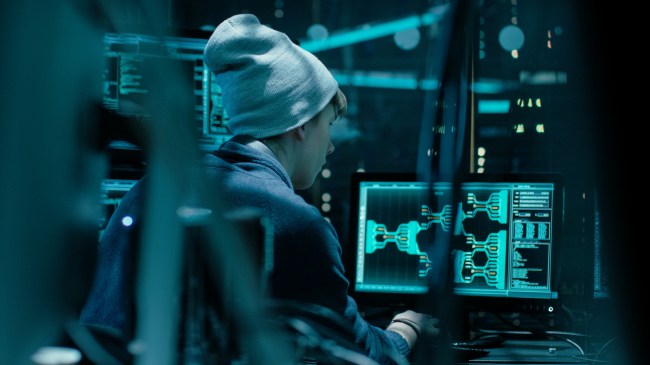 Praise be: the perpetrator of the biggest Twitter hack in history has been apprehended. His name? Couldn’t tell you. We keep arrested minors’ names anonymous in this country.

The Verge– Early this morning, the FBI, IRS, US Secret Service, and Florida law enforcement placed a 17-year-old in Tampa, Florida, under arrest — accusing him of being the “mastermind” behind the biggest security and privacy breach in Twitter’s history, one that took over the accounts of President Barack Obama, Democratic presidential candidate Joe Biden, Bill Gates, Elon Musk, Kanye and more to perpetrate a huge bitcoin scam on July 15th.

The teen is currently in jail, being charged with over 30 felony counts, including organized fraud, communications fraud, identity theft, and hacking, according to Hillsborough State Attorney Andrew Warren in a just-broadcast news conference describing the arrest.

He was arrested at his apartment where he lives by himself, authorities stated.

He’s being charged as an adult — “This was not an ordinary 17-year old,” said the state attorney

Not an ordinary 17-year-old. You don’t say. He lives in an apartment by himself and he just happened to infiltrate the twitter accounts belonging to the world’s most powerful people? Yeah, gonna guess this kid isn’t wondering if Lindsay Jackson from 2nd period honors lit likes him back. I doubt prom is on his radar.

This kid is exceptional. Our only hope is that we can somehow incentivize him to play for the good guys. Think Catch Me If You Can meets Girl With The Dragon Tattoo. I don’t see him signing up for some government posting, but maybe the odd project here and there as some sort of goodwill agreement? Let him blow off some hacking steam by taking down an ISIS-recruiting cell? Then, if he wants to unlock the matrix, by all means kid, go ahead. One for us, one for you.

Even writing this blog makes me nervous. Young man, I hope we’re cool. I don’t own any bitcoin and I’m not verified on Twitter but I humbly acknowledge that my passwords are pathetic. You could vanish my identity faster than some of your pals’ best rubiks cube times, I’m sure. Please spare me. Happy to put together a cameo for you for free.