PSA: You Can Be Permanently Banned From Uber For Smelling Like Weed 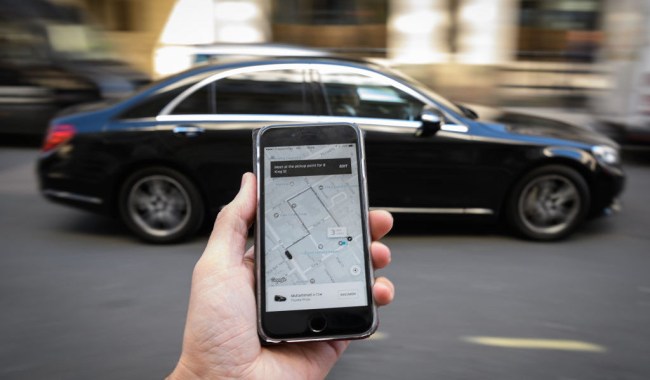 Based on my personal experience, the rise of ridesharing apps has been an absolute godsend for people who formerly had to rely on trying to find a taxi at 2 AM— especially in places where taxis don’t really exist. Sure, it may sometimes result in you accidentally paying $1,600 for a ride, but that’s a comparatively small price to pay in order to avoid killing someone after drunk you manages to convince yourself you’re totally good to drive.

As marijuana becomes increasingly legal across the country, one of the biggest hurdles facing law enforcement is trying to figure out a way to test if you’re stoned while driving. While it might not be as bad as drunk driving, you’re still kind of an asshole if you get behind the wheel of a car while, so you should really be calling a car if you’re looking to go somewhere after blazing— but you might not want to use Uber.

According to Mashable, an Uber driver recently narced on a rider who subsequently received an email from the company saying they were at risk of being banned from the app if they violated the terms of service that state you can’t use a car to transport illegal substances.

Are you fucking kidding me @uber? pic.twitter.com/FBQa8cCIbj

I can understand why Uber doesn’t want people to use the service as a way to traffic drugs but you’d think they might want to get with the times as more and more people (and states) start to realize the Devil’s lettuce might not actually be that evil after all.

However, based on Mulloy’s account, he’d actually made the responsible decision to order a car after smoking a blunt and didn’t even have weed on him at the time.

An illegal substance? I smoked a blunt before I got in your car. Fuck all the way off.