Uber Charging This Guy Over $14,000 For A 5-Mile Ride Across Toronto Seems A Little Excessive 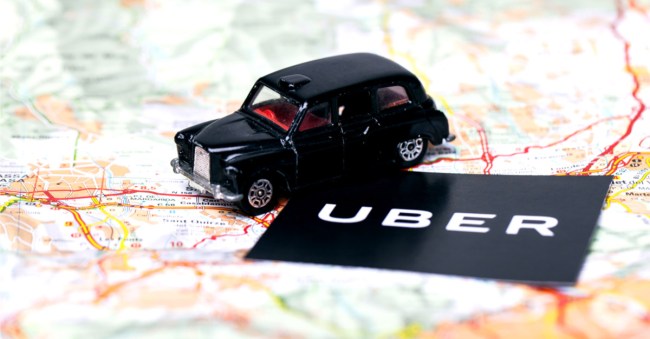 Check me on this, but doesn’t being charged $14,401.25 for a 5-mile Uber ride seem to be a bit much? Seems like a lot to me, but I haven’t used Uber in ages. Maybe their prices have gone up… A LOT. Because that’s what they charged some poor man in Toronto.

This unidentified Toronto man needed to make a quick trip across the city at a peak time during the day. He was surely expecting to pay a bit more than normal due to it being a peak time, maybe $16, but $14,000-plus? Talk about your “surge pricing.”

Actually, since this took place in Canada, the man was actually charged $18,518.50 in Canadian dollars. I guess someone has to pay for Uber putting in a better security system for their data, but damn.

Maybe the Uber driver just thought the passenger was another Buffalo Bills player. Toronto isn’t that far from there.

Regardless of the reason, this guy’s friend Emily shared a screenshot on Twitter of the ride…

My friend was charged 18K for a 20 Min ride (!), and they are sticking to it. What in the world??? This is insane! @Uber_Support @badassboz @Uber pic.twitter.com/RjFihVLKIC

Of course, everyone’s first thought is… FAKE!!! But it wasn’t.

It is. He disputed and they aren't backing down.

Yes, you read that right. Uber refused to back down and void the charge.

At some point later, a wise person over at Uber finally decided that charging someone $14K for a 5-mile ride was indeed a bit much and decided to adjust the transaction, according to The Comeback.

An Uber spokeswoman confirmed this did happen, but says the company has issued a full refund.

“There was a an error and we have provided a full refund. We sincerely apologize to this rider for his experience. We have safeguards in place to help prevent something like this from happening and we are working to understand how this occurred.”

How generous of them.