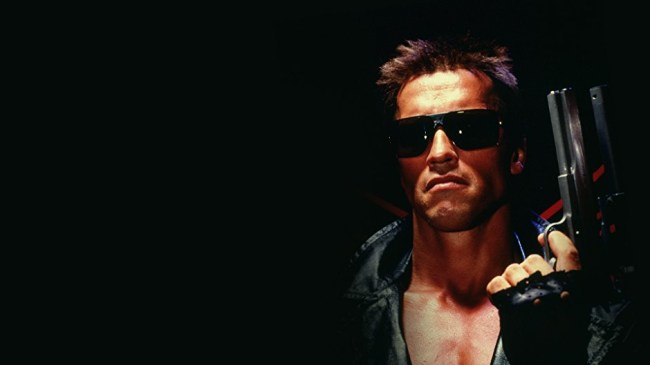 A University of Central Florida student found a creative way to ditch class Tuesday when he rocked a Terminator costume, complete with live shotgun shells draped across his chest.

UCF police officers responded after receiving a report of a suspicious person in Classroom Building I. According to UCF Police Chief Carl Metzger, the police put the building on lockdown, identified the 20-year-old student, and threw him in cuffs.

THIS was the costume that was being worn by the person in Classroom I today.

Do NOT incorporate simulated or ACTUAL ammunition/weapons into your costumes. It scares others & puts safety at risk. If you see suspicious activity, call 911 immediately. pic.twitter.com/cqkLdKRxrO

Metzger told reporters that the student was let go after police determined he was dressed as Terminator and there was no malicious or criminal intent behind his costume.

“While it’s not illegal to have ammunition on campus, it certainly is in poor taste given the events of the last week,” Metzger said.

In the wake of the incident, the UCF Police posted a message to the campus on its Facebook page.

It’s actually shocking to me only one person called the cops on this dude. It’s be one thing if A.) It was actually Halloween and not a day before and B.) He actually rocked a convincing Terminator costume. A leather jacket and a bandolier full of live ammo falls more under the realm of ‘school shooter’ than the Arnold.