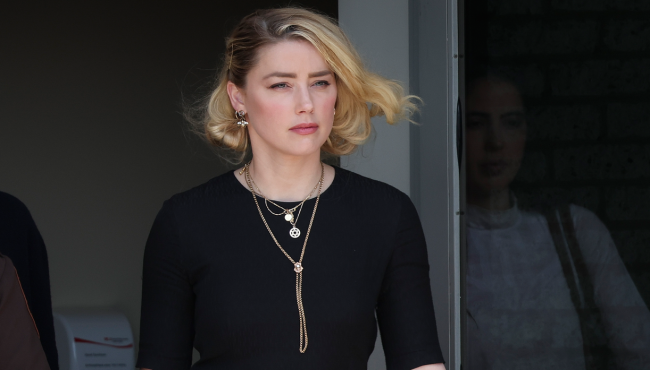 After two trials and two different verdicts, the crazy Johnny Depp vs. Amber Heard saga appeared to finally, mercifully be over.

All that appeared to be left was for Heard to pay the court ordered damages to Depp and everyone could move on with their lives.

That assumption now turns out to be incorrect.

Because thousands of pages of documents from the Depp-Heard trial have now been unsealed and reveal even more bizarre and troubling allegations made by both parties.

Found among the Depp-Heard trial documents obtained by the New York Post are requests by Depp’s team to present as evidence “Amber Heard’s sister Whitney’s reality show video” and “Whitney and Amber’s past romantic relationships.”

Depp’s legal team also asked the court for permission, which was rejected, to tell the jury about “Amber’s brief stint as an exotic dancer years before she met Mr. Depp.”

Another rejected claim, strongly opposed by Heard’s lawyers, saw Depp’s lawyers “attempting to frivolously and maliciously suggest or imply that Ms. Heard was at one time an escort.”

The documents also showed new text messages between Depp and rocker Manson, born Brian Warner, who has been accused of sexual abuse and grooming, including by his former fiancée Evan Rachel Wood, whom he sued for defamation in March.

In a 2016 text, Manson allegedly wrote, “I got an amber 2.0” and also “Lindsay just puled an amber on me…please delete”

Depp responds, “I been reading A LOT of material on that and sociopathic behavior…it is f—ing real my brother!! My ex-c–t is goddamn TEXTBOOK!!!,” according to the document.

Then Manson, in an apparent reference to an incident where the police were called to Depp and Heard’s shared Los Angeles apartment in 2016, wrote, “I got a serious police amber type scenarios with L’s family. I’m f—ing stressing. I don’t know if you are back but I need asylum somewhere because I think the cops might be headed my way,” the filing states.

Heard’s lawyers alleged that Depp and Manson went on “drug binges” together, including in the days before the actress arrived in Australia and the two got into a now-infamous fight that ended with the actor losing the tip of his right middle finger.

Also among the filings by Amber Heard’s legal team were claims that Disney studio executives contacted Depp’s former agent Tracey Jacobs because the actor “appeared on TV drunk and stoned.”

Her attorneys also claimed “these same issues appeared during the filming of Pirates 5 and Disney told Ms. Jacobs the conduct was not ‘going to be tolerated,’ Disney was ‘not going to put up with this’ and that ‘there was no love between Johnny and Disney, given the Pirates five situation.”

Also rejected by the court was Depp’s arrest record and a lawsuit the actor settled in July over an alleged assault.

Heard ended up owing Depp $10.35 million, minus the $2 million in damages she was awarded, by the jury – an amount her lawyer says she “absolutely” cannot afford to pay.