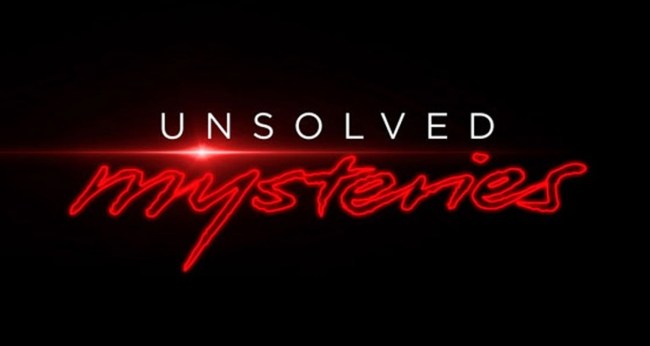 The return of the long-running TV show Unsolved Mysteries in a new form on Netflix has already accomplished some of what the classic version of the show did back in the day.

The show has already produced several “credible tips,” according to Unsolved Mysteries co-creator Terry Dunn Meurer, including tips they have passed on to the FBI related to the death of Alonzo Brooks, the disappearance of Lena Chapin, and the cause of death of Rey Rivera.

"No Ride Home" and completely alone, a young Black man goes missing in rural Kansas. What happened to Alonzo Brooks the night of April 3, 2004? The FBI recently announced a $100k reward for information leading to an arrest and conviction of Alonzo's death. #unsolvedmysteries pic.twitter.com/FUMVn1Qt0Y

In fact, in the case of Alonzo Brooks, a 23-year-old from Kansas who was murdered 16 years ago, and whose case still remains unsolved, the FBI and the U.S. Attorney recently announced a new $100,000 reward in the cold case investigation of Brooks, citing new leads, according to KSNT News.

“We are investigating whether Alonzo was murdered,” said U.S. Attorney Stephen McAllister. “His death certainly was suspicious, and someone, likely multiple people, know(s) what happened that night in April 2004. It is past time for the truth to come out. The code of silence must be broken. Alonzo’s family deserves to know the truth, and it is time for justice to be served.”

Of course, in cases like these that are publicized on a TV show such as Unsolved Mysteries, not only are there numerous tips the show and authorities have to sort through, there are also countless fan theories being put forth on the internet.

One of those that became popular since the show re-premiered involves the strange case of Rey Rivera.

In 2006, Rivera was found deceased inside the Belvedere Hotel in Baltimore after appearing to either have leaped or been pushed to his death from the roof of the hotel. Rivera’s death was ruled by police to be a probable suicide, but much of the evidence pointed to the fact that there may have been foul play involved.

A Unsolved Mysteries viewer theorized on Reddit, “I am watching the Rey Rivera episode on Netflix and what really caught my eye was the note Rey wrote on the day he died and he hid the note behind the computer. It had all these names of actors, his friends and family, quotes from free masons and a list of movies.

“One of these movies was The Game. Immediately, I thought: OF COURSE! There is one big scene at the end of the movie where the main character jumped off the roof (!) of a fancy hotel and goes through the (glass) roof. The similarities to Rey are truly astonishing.

“The whole movie is about this crazy game that a company arranges that makes you think you lose everything in order to let you appreciate life again.

“Rey was an unsuccessful movie script writer and maybe he got involved in sth that tried to imitate The Game in some way.”

You have the chance to solve a mystery. How did Rey Rivera end up dead at the Belvedere Hotel? Watch "Mystery on the Rooftop" on Netflix’s Unsolved Mysteries. #unsolvedmysteries #mysterious pic.twitter.com/4LnxO1dKv4

Unfortunately, Meurer, the show’s executive producer, debunked the theory in an interview with Entertainment Weekly this week.

“I spoke to [his wife] Allison Rivera about that,” Meurer told EW. “She’s spent a lot of time with that note, as did the FBI, just going through the note trying to figure out if there were any clues or anything else in there.

“She doesn’t place any significance on the movie The Game. Rey liked a lot of different types of movies. He was just a guy who was interested in everything.

“If he had only ever left just that writing or if it was the only thing he had ever written randomly, then people would be a little bit more suspect. But this is what he did all the time. He kept so many journals full of random writing.

“Allison feels that she’s been through all the journals just trying to find any clue that could help her figure out what happened to him, and she couldn’t find any real or strong connections in The Game.”

Keep trying, folks. The original run of Unsolved Mysteries shows led to over 260 mysteries being solved.