Vegan Sues Neighbors For Barbecuing Meat In Their Own Backyards, Now The Neighborhood Is Planning Giant Cookout 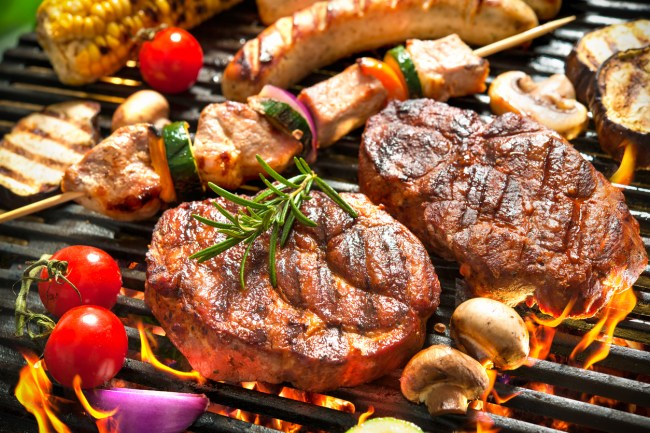 A vegan sued her neighbors because they were grilling meats in their own backyards and she didn’t like the smell of the delectable barbecue treats. Her case went to one of the highest courts in the land. Yes, this is something that really happened because we live in Clown World.

Cilla Carden, a vegan woman in Western Australia, brought a lawsuit against her neighbors because she could smell them barbecuing meats and fish. The savory whiffs wafted over from the neighbors’ own backyards to Carden’s home in Perth. The preferred cooking method of steaks and burgers are on the grill.

“They’ve put it so you smell fish, all I smell is fish,” Carden told 9News. “I can’t enjoy my backyard, I can’t go out there.” I mean, who among us hasn’t gotten cranky after smelling your neighbor’s BBQ and realizing that you have no delicious grilled meats for your empty belly?

Carden claims that her neighbors purposely grill fish and meat in their backyard to deliberately bother her. Last year, Carden started her legal battle and took her case to the state’s highest court. The fauxrage is so strong in 2019 that people actually believe smells are criminal and you can take someone to court over odors that you don’t like.

Carden doesn’t just hate yummy barbecue smells, she also complained about her neighbors smoking cigarettes and was upset that neighborhood children were playing basketball near her house. Instead of pranking this woman with a flaming bag of crap, you simply leave a sack of White Castle sliders on her porch.

“It’s been devastating, it’s been turmoil, it’s been unrest, I haven’t been able to sleep,” Carden said. But what if the neighbors are barbecuing some of those Beyond Burgers that taste and smell exactly like beef?

“Ms. Carden’s demands were proven to be not reasonable and indeed were to the detriment of the other owners’ ability to enjoy their lots in a reasonable and acceptable manner,” one neighbor said.

The case went all the way up to Western Australia’s Supreme Court. But unfortunately for Carden, the highest court sided with the neighbors and dismissed her case in July. The Supreme Court instructed both parties to “direct their considerable energy toward the resolution of their differences as best they can.” Carden’s appeal was refused, but she said that she will continue her legal battle to not have to smell barbecue smells.

You’d have to start grilling your breakfast, lunch and dinner on purpose right? Have a Luau pig roast every Sunday. Maybe open up your own BBQ joint, complete with four commercial smokers in your backyard.

The neighborhood has roasted Carden by planning a massive cookout outside her home. The Facebook group “Community BBQ for Cilla Carden” has 4,000 going and nearly 10,000 interested in going to the huge cookout.

“Don’t let Cilla destroy a good old Aussie tradition, join us for a community BBQ in protest of her actions, and help Cilla Carden GET SOME PORK ON HER FORK,” the description of the Facebook event states. “BYO hotdog buns, p.s. NO VEGANS.” The barbecue is scheduled for October 19.

So we shouldn’t throw another shrimp on the barbie?

RELATED: TV Host Tries Out The Anti-Manspreading Chair And He Might Not Be Able To Have Kids Now