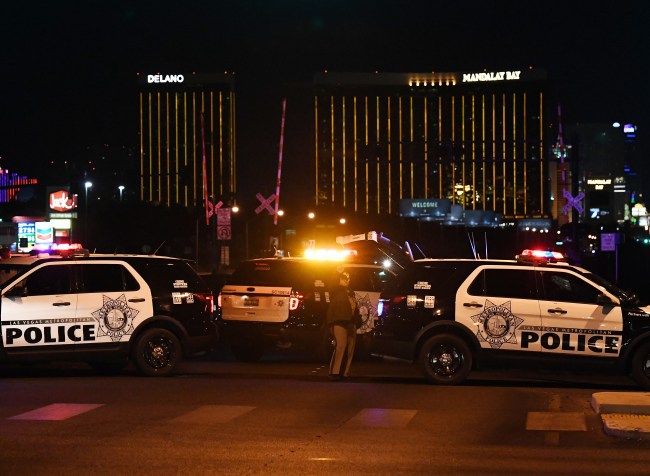 Protests have taken place all across the country over the weekend following the death of George Floyd at the hands of Minneapolis police officer Derek Chauvin and for the past three or four days we’ve seen several wild videos pop up on social media from those demonstrations.

On Saturday night, this video of a man who appeared to be minding his own business getting grabbed and dragged by a Las Vegas police officer went viral when it was shared by popular twitter account Las Vegas Locally.

The man was eventually released from jail and began answering questions about the incident on Twitter.

Holy shit someone got it!! Come watch me get tragged away for walking to my car! Lmao https://t.co/QaG8SN1Vjx

The man in the video claims he didn’t say anything to the officer and he was just walking to his car.

They were yelling disburse that's it. They didn't make a curfew that I knew of anyway

Ziptied me and put me in a van for 2 hrs, then in a cell for 12 more hrs. For a good cause so it was def worth it

The man says he’s considering taking the officer to court following the incident but hasn’t been able to identify the officer as of yet.

Best pics I could get of his face. Couldn't get the badge number unfortunately pic.twitter.com/IXBErZt2ts

Yes I would extremely appreciate that. Thank you for being there and sharing what's going on in our city. Both vids if possible in case it turns into a case. Do you think I'd have a decent case?