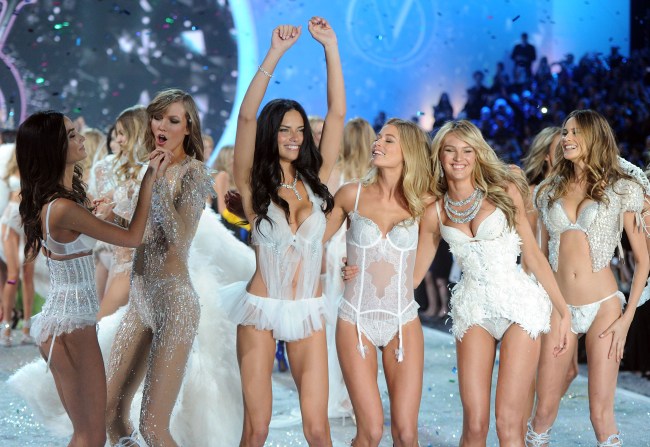 After months of speculation, the Victoria’s Secret Fashion Show is officially canceled. The announcement was made on a quarterly call of parent company L Brands. If you listen closely, you can faintly hear the screams of the thousands of teen boys who don’t have access to the internet but have basic cable.

L Brands, which owns Victoria’s Secret, said the iconic lingerie fashion show would be canceled on Thursday. The Victoria’s Secret Fashion Show will no longer happen so that the company can “evolve the messaging” of the lingerie retailer.

During an earnings call, L Brands Chief Financial Officer Stuart Burgdoerfer revealed that the runway lingerie show would be no more. “We will be communicating to customers, but nothing similar in magnitude to the fashion show,” Burgdoerfer announced.

“We’re figuring out how to advance the positioning of the brand and best communicate that to customers,” the CFO explained. “With that said, it was a very important part of the brand-building of this business and was an important aspect of the brand and a remarkable marketing achievement.” Victoria’s Secret Fashion Show, thanks for the mammaries.

In May, a memo from Victoria’s Secret CEO Leslie Wexner, the chief executive of L Brands, said the company has been “taking a fresh look at every aspect of our business” and that the lingerie company “must evolve and change to grow.”

“With that in mind, we have decided to re-think the traditional Victoria’s Secret Fashion Show,” the billionaire Wexner wrote. “Going forward we don’t believe network television is the right fit. In 2019 and beyond, we’re focusing on developing exciting and dynamic content and a new kind of event—delivered to our customers on platforms that she’s glued to… and in ways that will push the boundaries of fashion in the global digital age.”

VS Angel model Shanina Shaik was the first to reveal that the fashion show was doomed in July. “Unfortunately the Victoria’s Secret show won’t be happening this year,” Shaik said. “It’s something I’m not used to because every year around this time I’m training like an Angel.”

Victoria’s Secret has ties to Jeffrey Epstein, which has not helped the company’s public image in recent months. Epstein reportedly had a “close relationship” with Wexner.

“L Brands executives were reportedly made aware, in the mid-1990s, that Epstein was posing as a modeling recruiter for the company,” The Atlantic report says. “Although they alerted Wexner, he seems to have taken no action. His relationship with Epstein endured, and in 1998.”

Pour out some Lubriderm for the Victoria’s Secret Fashion Show.