End Of An Era: The Victoria’s Secret Fashion Show Will No Longer Be Shown On Network TV 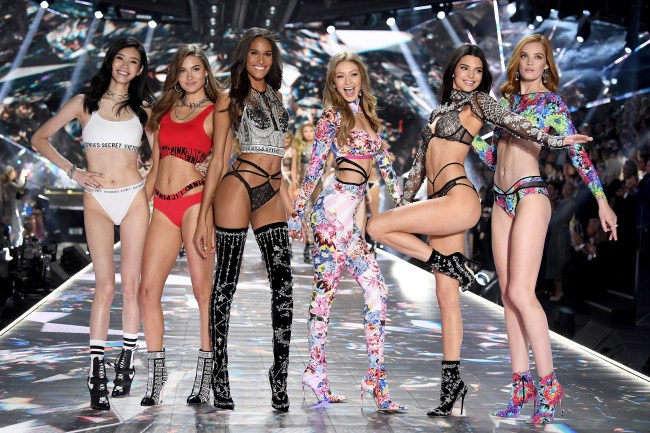 For only the second time in the last 18 years, the annual Victoria’s Secret Fashion Show will not be shown on network television.

I know. How will we ever survive?

Every year since 2001 (except for 2004 when they held the Angels Across America Tour instead of a fashion show), men and women across America have tuned in to watch the heavily-produced informercial posing as a special television event featuring women wearing lingerie, but, at least for now, those days are over, reports the New York Times.

In a memo to the Victoria’s Secret associates Leslie Wexner, the chief executive of L Brands, said the company has been “taking a fresh look at every aspect of our business” and that the company “must evolve and change to grow.”

“With that in mind, we have decided to re-think the traditional Victoria’s Secret Fashion Show,” wrote Wexner. “Going forward we don’t believe network television is the right fit. In 2019 and beyond, we’re focusing on developing exciting and dynamic content and a new kind of event—delivered to our customers on platforms that she’s glued to… and in ways that will push the boundaries of fashion in the global digital age.”

And by not the right fit, he probably means that viewership for the show has plummeted from 9.7 million viewers in 2013 to just 3.3 million viewers in 2018. Also, with social media being so prevelant now, anyone that wants to see images from the show can do so without watching because the show is filmed weeks before it actually airs.

Not all is lost though for the few remaining people who care, as Wexner promised the company will be developing “a new kind of event” that will be available on different platforms in the future. He did not get into specifics, however. If I had to hazard a guess, I would lay money on that event appearing somewhere on the internet. Just spitballing.