Teacher Goes Viral For Chart Of Exactly When Your Kids Should Go To Bed, It Doesn’t Go Great 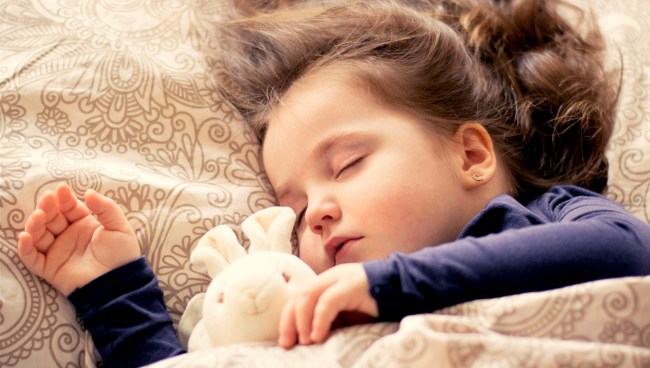 Everybody is an expert when it comes to raising your kids, right? Maybe that’s just my experience. But I doubt it, based on a teacher who went viral recently for sharing a chart that lays out exactly when your kids should go to bed, and the fact that most parents who saw it, found it to be very unrealistic.

Not that Stacy Karlsen, a first grade teacher at Wilson Elementary School in Kenosha, Wisc. expected the chart to be seen by so many people.

“It’s taken this school by storm — and more so, because barely 200 kids attend here and this chart suggesting what time your child should go to bed has been shared on Facebook more than 300,000 times,” Karlsen told Fox 6 Milwaukee.

Since her interview the chart has actually gone on to be shared over 463,000 times.

The chart, which claims to show what time children should go to sleep based on their age, has certainly created quite a discussion.

Reactions were a mixed bad, as some parents found the bedtimes to be far too late for their kids, while others felt there was no way they could get their children to get to sleep that early.

“In a perfect world, yes. But not every child is the same nor can alot of parents follow this because of lifestyle. For example I work 12 hour shifts, going by this chart I would only see my children on weekends for the first 6 years of their lives. It’s unrealistic in today’s society for alot of people,” commented another.

“This isn’t [the] military and if I was to send my kids to bed at 7 at night they would be up at 4 a.m., no thank you … Plus I would never get to spend time with them after school,” said another.

“Here’s an idea, don’t give my child four hours of homework and then maybe they’d be able to go to bed on time,” accurately wrote another commenter.

Right or wrong, as Yolanda Jackson-Lewis, Wilson Elementary School principal, said about the chart going viral, “We’re just trying to get people to think ‘is there something I should be doing to help my child?'”

So mission accomplished as the chart has received over 11,000 comments.

Although one person who commented does make a pretty valid point, writing, “I’m sorry, but this chart is absurd. Who puts their kid to bed at 6:45?”