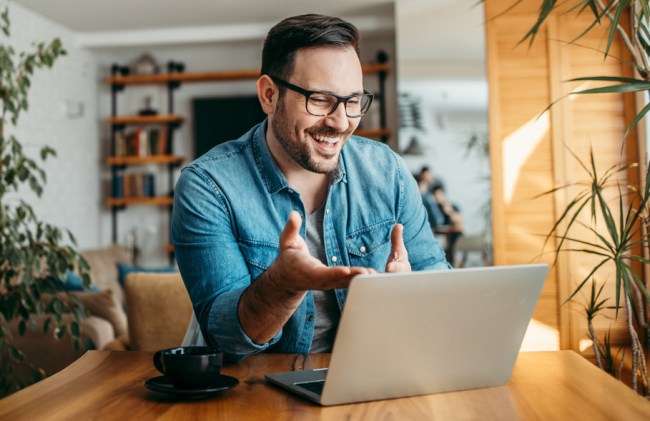 Stop me if you’ve heard this before: Dating is hard.

It would be nice if there was even just one sitcom that made light of the topic to help ease my pain, but for now, it’s just pure disappointment. There are billions of people in the world and I’m supposed to find the exact one who’s right for me? What kind of twisted game is that?

There’s no time to feel sorry for yourself, though. Dating is hard, but it’s hard for everyone forced to deal with a world that dictates you’re obligated to find a partner at some point and eventually get wifed up.

As someone who is 25 and slowly but surely adding inches to my waist, I know time is running out. However, dieting isn’t an option for me because, well, I don’t want to do that. In order to avoid the dreaded “First Time Seeing Me Shirtless” embarrassment, I recently realized I needed to expedite the process. The quicker I got hitched, the better.

With almost all of my friends on the verge of getting down on one knee, I decided it was finally time to maybe give this whole “girl” thing a try. I’ve always been attracted to women; it’s just that after spending my entire life being single, it was time to see if there were any out there who might want to have a relationship with me.

While most people’s New Year’s resolution is to lose weight or save money, mine was simple: date so I could avoid being as single as a Pringle.

Single as a pringle

Lacking the ability or confidence to just walk up to strangers and talk, I downloaded the most popular dating apps. I figured if I can’t find the right gal on my own, an algorithm will certainly do the trick.

In January, I started going on a few dates but no one really stuck out. Sure, it was nice to learn about why Alex became a nurse or how Rachel loves sports just as much as her guy friends but I never felt the connection I was looking for.

I wanted someone who was the right height, a Scorpio, whose pictures are beautiful, and (most importantly) had no mutual friends on Instagram so I know for sure that none of my embarrassing sex stories will get back to my boys. That didn’t seem like it was too much to ask for.

Was I just going to die alone? “Probably,” I thought to myself after one date ended with an extremely awkward kiss that resulted in a wave goodbye and me deleting her number on the way home.

You can imagine my excitement when I first learned about self-isolation. Can’t leave the house at all? That sounds amazing. I was forced to put a pause on my *air quotes* love life *end air quotes* and finally had a legitimate reason for not having a girlfriend.

As it turns out, though, most people consider dating an essential business. While some (like myself) saw this as an opportunity to sit back, drink beer, and avoid any and all human contact, others weren’t going to let a silly lockdown stop them from meeting their soulmate.

A few weeks ago, I was browsing Twitter when I noticed a disturbing trend that has kept me up at night even more so than the murder hornets: virtual dating.

i wanna go on a virtual date

We all need human connection, but more importantly, we all need to keep everyone safe. We're lucky to live in a time where we can have video chat dates, phone call dates & connect virtually in an infinite number of ways. Stay home, date from home & we’ll get through this together

My two biggest fears in life are dating and FaceTiming. I don’t even answer a FaceTime call from my best friends in the fear of them catching me at a bad angle and now I have to FaceTime with a female stranger to ask “What do you do for fun?” That sounds horrible.

The physical aspect of dating is traditionally pretty important, as you need to be there in the moment to get an accurate read on the person and see if they fit your strict body measurement requirements. There was no way I was going to go on a virtual date.

Then I saw this.

VIRTUAL DATING IS THE NEW DATING BECAUSE OTHER FORMS OF DATING ARE UNSAFE AND IRRESPONSIBLE.
THAT'S IT. THAT'S THE TWEET. SORRY FOR THE CAPS.

Uh oh. If Bumble says virtual dating is the new dating, I guess I have no choice. Once I saw that tweet, I knew we’d entered a new era, so instead of bitching about how insane it is to meet someone for the first time in your life online, I broke out my Kangol hat, cut my quarantine mustache, and dusted off the apps to get back to swiping. 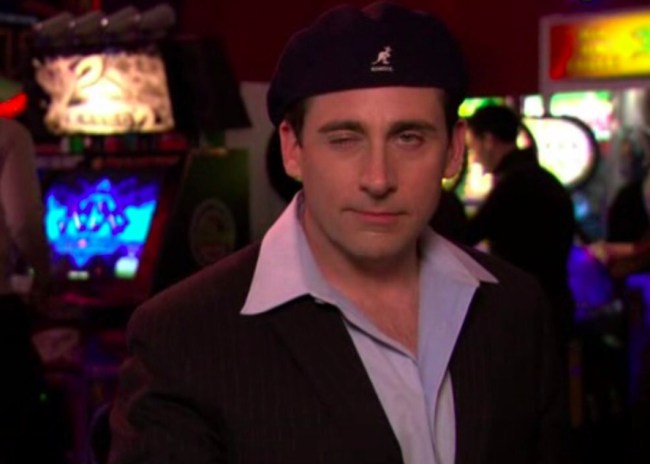 As we all know, dating is a competition. There is only a finite amount of “right ones” out there, and if you won’t put in the work, others might swoop in and steal your potential dream girl. So while everything in my body told me that this was the craziest thing quarantine has had to offer since virtual work happy hours became the new normal, I had to shoot my shot.

What if I chose to never virtually date and then my crush saw this video? I couldn’t let my future wife fall in love with some random Jeff.

To avoid the inevitable awkwardness, I did some research on how to perfect a virtual date. While I haven’t actually gone on one yet (I’m still waiting for the right time) I wanted to share a few tips in order to prep you guys for one of your own.

1. Have A Good Technology Set-Up

No one will date you if you’re poor or can’t figure out technology. That’s a given. If you pop into the first date holding your phone in your hand in a way that makes you look like some sort of peasant, your date is going to question if you even know what a laptop is. It’s hard to recover from that.

You also need to make sure your internet connection is up to speed. There is nothing more embarrassing than telling a hilarious story that will win her over and just when you’re about to get to the good part, you freeze.

Do your hair, brush your teeth, put on cologne. Yes, this is an online date, but you want to prepare as normally as possible.

Of course, when discussing appearance, the topic of pants inevitably comes up. Do you wear them? Ultimately, this comes down to personal preference. If you want to wear “real” pants, go ahead. But if you don’t and would rather remain in your boxers or the sweatpants you haven’t taken off since March 12th, just know you’re playing with fire.

Sure, it’ll be fine 90% of the time, but god forbid you get up to shut the shades or something and she sees what you’re rocking below the waist. At that point, you’ll never be able to brag about how good you looked when you show off a screenshot you took on the day you first met during a slideshow at your wedding because your lack of pants prevented that marriage from ever happening in the first place.

There’s a lot to consider here. Your room is always a good choice, but you have to be extra cautious of the background. You don’t want to be staring into the eyes of your potential soulmate when she’s too busy staring at your Power Rangers wallpaper.

Pick a good spot. As Hinge points out, the higher in your building you are, the better.

This week's hottest virtual date spot? The Roof. Complete with a powerful lighting system, natural heating and cooling, and more, it's no surprise that the roof has made its way to the top of @ginadivittorio's world famous list, 'Spring 2020's Hottest Dates Spots' pic.twitter.com/VSylcJ3Iwj

4. Have A Good Idea For The Date

This Bumble article has a lot of different suggestions but my favorite idea is probably “Have a Movie Marathon.” This is great because not only do you not talk to your date the entire time, you also get to remain on the phone for at least a few hours with a total stranger.

There is truly no better way to get to know someone.

5. Try to Make It Into Some Sort Of Game Show

Everybody knows girls love it when you put them on a game show unknowingly. So, if possible, apply for the Live Virtual Dates Show so everyone on the internet can see you two meeting for the first time.

We're broadcasting bumble virtual dates LIVE right now on @BuzzFeed. Will they flirt or fall in love? Watch to find out. https://t.co/MQ18jtmR1q pic.twitter.com/iiE4vAAJLa

There’s no better way to start a healthy and normal relationship than that.

6. Start An OnlyFans Account So You Can Date Multiple Women At Once

This guy hacked the system. He beat the game. Dating multiple girls at once—while they pay you? What a trailblazer. If you can somehow pull this off, it will be smooth sailing from there on your quest to finding a girlfriend.

Are you tired of fuckboys treating you wrong? Are you feeling lonely stuck at home? I have a solution for you. Sub to my OF & I will give you the best virtual bf experience you've ever had. Doesn't have to be sexual. We can do virtual dinner dates, netflix parties, & so much more pic.twitter.com/AUSOfPJPHq

However, the best tip I can really give here is to absolutely, 100% never go on an online date with someone you don’t know because that’s what crazy people do. Are you really that desperate? You should get a virtual pet before you go on a virtual date. What do you expect to get out of it anyway? If you want to get to know a stranger that you probably won’t ever see again, then just go on Omegle. It’s way less awkward.

I can’t imagine telling people that you met your wife on a virtual date a few years from now. It would be almost as insane as naming your kid something like X Æ A-12 (unless that was the Zoom meeting code for your first date).

I get people are trying to make life as normal as possible but virtual dates aren’t normal. Then again, I said that three years ago about people who met on Tinder, so the joke will probably end up being on me and I’ll be writing a sincere “Best Ideas for Virtual Dating” blog sooner rather than later.