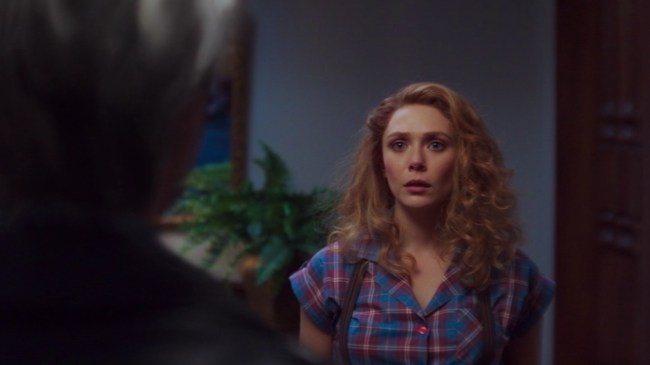 Ever since Disney acquired 21st Century Fox a few years ago, it’s been a matter of when, not if, the newly purchased characters make their debut in the Marvel Cinematic Universe.

Given that Fox had the rights to Marvel icons such as the X-Men, the Fantastic Four, and Deadpool, most fans simply assumed that one of those heavyweights would be the first to cross the bridge into the MCU.

Alas, that distinction ultimately fell to Evan Peters’ Pietro Maximoff — otherwise known as the mutant Quicksilver, who existed in both the MCU (played by Aaron Taylor-Johnson) and Fox’s previous X-Men universe (Peters featured in X-Men: Days of Future Past, X-Men: Apocalypse, Dark Phoenix — who made his MCU during the fifth episode of WandaVision, “On a very special episode…”

REVIEW: ‘WandaVision’ Continues To Weaponize Normalcy In Its Best Episode Yet

In a bit of meta ingenuity, WandaVision used its sitcom framework to introduce the alternate-universe Pietro, as those living within the universe, particularly Kat Dennings’ Darcy Lewis, refer to the arrival of Fox Pietro as a “recasting”.

Speaking to Marvel’s official website, WandaVision writer Jac Schaeffer detailed the process behind getting Peters’ version of the character into the MCU, revealing how much work ultimately when into Pietro’s shocking reveal:

“We loved the idea of [bringing him back],” Schaeffer told Marvel.com. “And then we were like, how in the world are we going to make this make logical sense? Like, how do we justify this? Because that’s the thing, you can hatch a million great ideas, but to make them land, to make them be grounded, to make them feel organic to the larger story.”

“This show is such a mind scramble, and because it’s working on so many levels, and there’s so many notions of what’s real and what’s not, and performance, and casting, and audience, and fandom, and all of that, we just thought it would be the biggest thrill to bring Evan over to the Marvel Cinematic Universe.”

“We thought like, how do we give him this entrance, and then enjoy that, and then make it crazy? And we had long had the idea of the trope of the brother, or the relative, or whoever comes to town and like, stirs things up with the family — that sitcom trope.”

Right from the get go, Peters was up for it. “We were rooting for it for so long, and didn’t know if it would be possible,” Schaeffer explained. “It was complicated to make happen. Evan was always up for it — like, always, always, always. He is a comic book fan, and a Marvel fan. He is always up for the absolute weirdest option. And he’s a pleasure — truly a pleasure to work with.”

“Everybody was really excited. I think Kevin [Feige, Marvel Studios president] wanted to make sure that there was a reason for it, that it made sense. And I hope that’s what we did.” [via Marvel]

Pietro’s return will obviously be addressed in the sixth episode of WandaVision, which hits Disney+ on Friday, February 12.