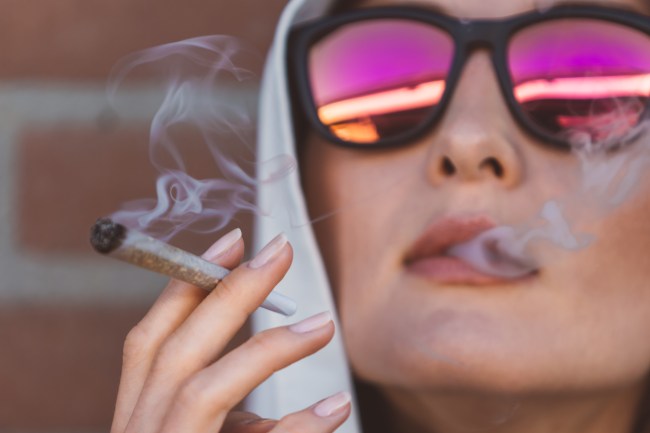 Science came through today with a study that says pregnant women who use weed (and we say USE weed now, not smoke it, since you can get high all sorts of ways now) might be turning their kids into psychos:

Insider– Self-reported cannabis use among pregnant women has more than doubled in the past 15 years, increasing from 3.4% to 7% between 2002 and 2017.

But a recent study suggests that this trend could be harmful to future generations, as cannabis use during pregnancy is associated with adverse childhood outcomes.

The study, published today in JAMA Psychiatry, found that women who used cannabis during pregnancy were more likely to have children with social problems, impulsivity and attention problems, and psychotic-like experiences that can be predictive of disorders like schizophrenia.

It’s not exactly groundbreaking news to say that pregnant women should not use weed. But it’s pretty wild to think that some of the kids who are running around trying to choke pigeons—kids who need those child leashes—are only doing so because their moms ripped the bong a few too many times. Now, that’s a huge generalization. But there has to be at least one kid for whom that’s the case. And that’s one too many.

Weed is supposed to chill you out, bro! Not make you foam at the mouth during dodgeball. Not to mention, the rates at which women self-report using cannabis during pregnancy has doubled. That’s a scary reality because it means that we’re adding more psychotic children to the world. And that’s the last thing we need these days.