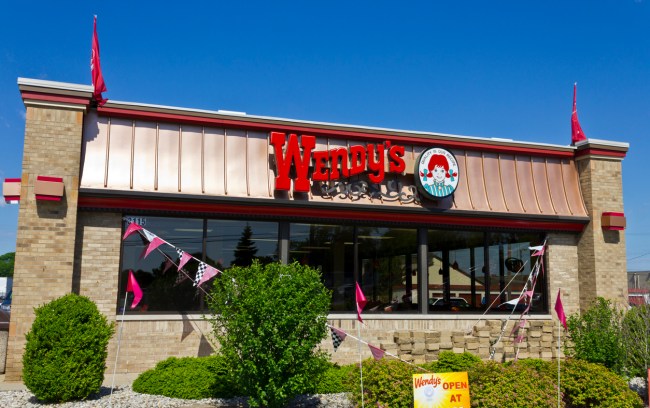 Social media has made it easier than ever to connect with people around the world and even easier to hurl slurs and insults at someone under the veil of anonymity because they had the nerve to say a negative thing about something you enjoy, which is how I once wasted an entire Friday night arguing with a dude who tracked me down on Facebook for having the gall to suggest The Big Bang Theory sucks eggs.

I’m still not sure why Gary S. from Dayton, Indiana decided that was the hill he wanted to die on but I guess there are some questions in life that are destined to go unanswered.

However, the internet can also occasionally be used for good and bring people together to unite behind a common cause, which is exactly what happened when Chance the Rapper hit up Twitter on Saturday to send out some positive vibes.

Positive Affirmations for today: I WILL have a good day, I Will succeed today, Wendy’s WILL bring back spicy nuggets at some point please please Lord let it be today.

I’m normally not a fan of fairly trite motivational overtures like that one but I was very here for his plea to get Wendy’s to bring back spicy chicken nuggets, which are reportedly still available in some areas of the country but were taken off the national menu a few years back.

Thankfully, the mad geniuses behind the fast food chain’s infamously Relatable Twitter account heard Chano loud and clear and said it would answer our prayers if we showered them with enough likes.

Y’all keep asking, so here’s your chance.
The people in charge say if you guys can get our tweet (this one right here) to 2 Million likes, they will bring SPICY CHICKEN NUGGETS BACK.
Let’s freakin’ do this! https://t.co/qrtvWXjj9V

A couple of years ago, a random guy broke the internet after he went viral in a hunt to land free chicken nuggets for life and would eventually land the ultimate prize.

.@carterjwm is now the most retweeted tweet of all-time. That’s good for the nuggets, and $100k to @DTFA. Consider it done. #nuggsforcarter pic.twitter.com/k6uhsJiP4E

As a result, people expected Wendy’s to live up to its word, and after the like counts surpassed the two million mark, the chain confirmed it’d be following through on its promise.

THIS IS NOT A DRILL!
Spicy Chicken Nuggets are coming back! Y’all are crazy!
That took like a day and a half! WHAT?!
We don’t know when yet, gotta figure it out, but soon, and ok, LOSING IT RIGHT NOW THIS IS AMAZING!!