What Are Those “Natural Flavors” In Your Carbonated Water? 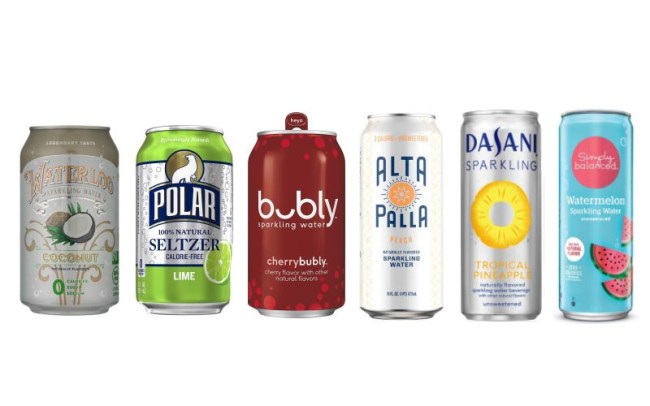 “The planet is fine. The people are fucked.” – George Carlin

I was tripping magic mushrooms over the weekend when, consistent with the pulse of psychedelics, I began to ponder the darkest and most profound questions. Like what are we, as humans, even doing on this planet? Are we alone in this madness, or is there a higher power waiting for us to really screw things up? What happens when we die? And what in God’s holy name are these “natural flavors” in this can of carbonated water? That’s the one that really got me thinking, fellas. Never mind trying to understand this miserable existence. I had to know – and sooner rather than later – just how companies were selling beverages like LaCroix and Bubly without actually having to reveal the origins of these natural ingredients to the American consumer.

There are only two components in this stuff and two alone: carbonated water and natural flavors. But the real mind-boggling aspect of it is, these products do not contain calories, sugar, sodium, caffeine, juice or anything else for that matter. There’s nothing to them, yet they come in tasty variations like lime, orange and pineapple, all of which are supposed to be flavored using all things natural. Yet, correct me if I’m wrong: But when trying to manufacture a beverage that tastes like orange, there’s no more natural ingredient than the juice from a freaking orange.

As we’ve already established, these beverages do not contain fruit. Because if they did, they would also include sugar. But nope, there’s nothing. It’s just water with a hint of something extra.

But what is that?

I needed answers and I needed them immediately. That’s when I spotted an 800 number on the back of my Bubly can, and soon my tripped out brain was down a rabbit hole in search for someone (anyone) who could help solve the mystery. Not just for myself, mind you, but for all of humankind.

Only PepsiCo, the creator of Bubly, apparently decided that it wouldn’t take my call on a Sunday. Sure, the can was printed with a nice message suggesting “We’re Here To Help,” but the computer-generated voice on the other end of the line wasn’t providing much assistance. “That’s okay,” I thought. “We just needed to go deeper into the system.” I can be a tenacious son of a gun when necessary. I just knew if I pressed enough buttons, I’d eventually be connected with someone who could help sort it all out. I thought that person might be a lone beverage scientist stationed in the basement of the company’s headquarters in Purchase, Harrison, New York, where he just sat there by a red phone all day waiting for some inquisitive little bastard like myself to call in with this specific question. Perhaps he had been waiting for years for someone to break away from the sheeple mentality and call the company on its enigmatic practices. I envisioned him picking up the phone and saying something like “Water Department,” to which I would respond with, “Ah-hah, I’ve got you now!” And then we’d go on to become best friends, having beers together on a regular basis and discussing how the majority of the American population is either too naïve or stupid to question the products they buy.

But, much to my dismay, I was never transferred to a real person – not an operator and sure as shit, not to any scientist with a red phone waiting to become my new friend. I don’t know, maybe I punched in the wrong combination on the keypad or something. By the end, all I had was a dial tone.

It was easy to see that Pepsi was not at all interested in helping me get to the bottom of the problem. It even occurred to me, in fact, that my call may have raised one or two red flags, and I was now in the sights of a well-trained assassin paid to take me out. After all, these big corporations are none too keen on nosy consumers sniffing around for super-secret production notes.

Gosh blammit, this boy just doesn’t know when to quit! The doggone drink says, “natural flavors,” so that’s what it means. Natural is natural. Why doesn’t he just move on and stop asking so many damn questions?

It occurred to me that perhaps digging into the fountainhead of all this natural flavor business might get Pepsi executives nervous enough to sic the federal government on my ass. You know, like in that movie, “Enemy of The State.” And man, I was tripping balls way too hard at that point to be running all over the city trying to escape the violent grips of The Man. I was also at a buddy’s house, and I didn’t want to have to blow his place to smithereens just because of a phone call.

It was then that I tried to satisfy my psilocybin-induced inquiry through the trusty Internet. Surely, Google would have all the answers, right? Don’t worry, I used my friend’s IP address to make sure not to give away my exact location. I also wrapped by cell phone in aluminum foil. You can never be too careful.

That’s when the search really took a turn for the weird.

None of the beverage companies provided much information as to what these natural flavors were or where they came from. Bubly’s website, for example, defines a natural flavor as something “that comes from a natural substance such as a fruit or fruit juice, spice, vegetable or herb.” But the company doesn’t indicate which of these additives (if any) they use to put the tang in their beverages. LaCroix’s definition of “natural flavors” is just as confusing as the next. The company says they “are derived from the natural essence oils extracted from the named fruit used in each of our” products. I know I was tripping, but everything sounded extremely cryptic.

That’s because it was.

Come to find out the Food and Drug Administration (FDA) does not require food and beverage companies to explicitly list what is used to create natural flavors. They could actually come from hundreds of different sources. That’s the reason a can of orange Bubly reads: Orange flavors with other natural flavors. There’s a cornucopia of additives in them that are considered natural by government standards. But what are they? Well, the federal government has a list of some 3,000 chemicals a company can use to season its products and still label them natural. Are they safe? Presumably, yes, but who the hell really knows? We probably can’t even pronounce their names, much less know for sure whether they are gnawing away at our internal organs or giving us cancer. Come to think of it, perhaps that’s what a coroner is really saying when ruling that someone has died of natural causes – that they dropped dead from consuming all of the gnarly crap that the government said was natural. Holy hell, boys, it seems that flavored carbonated water and a wealth of other food products might just be regulated by the Devil. After all, the FDA is the same agency that allows some insects, rodent hair and rat feces in the food we eat. I guess if you want to get technical, rat shit and bugs is just about as natural as it gets.