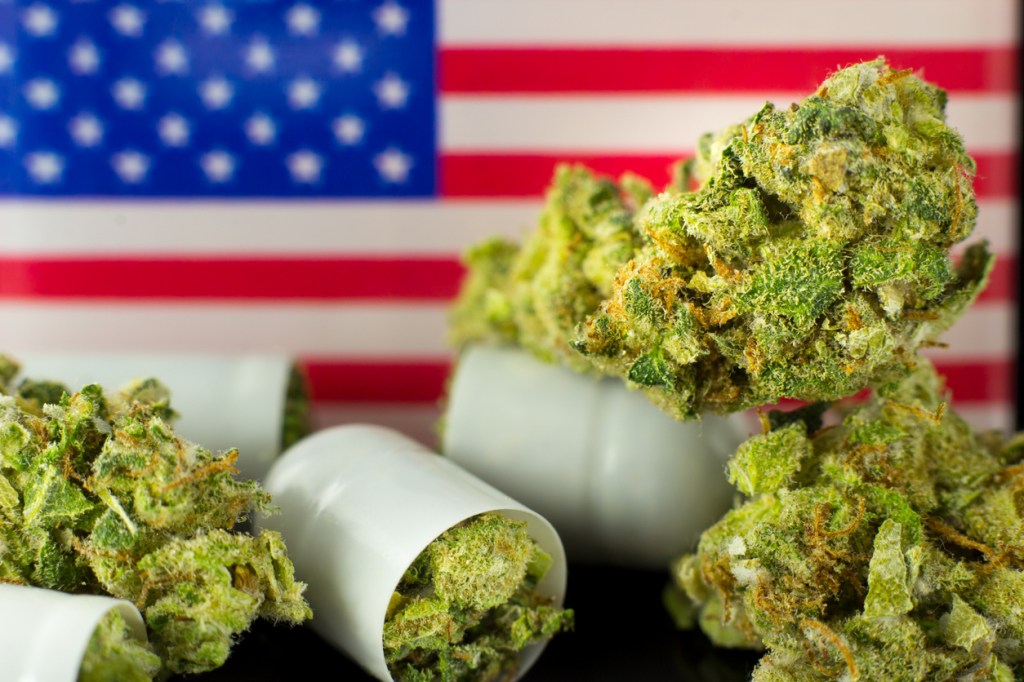 I want to kick this off by saying I’m extremely in favor of legalizing marijuana for recreational and medical use at a federal level. Just because I’m writing up this article about a video explaining the withdrawal symptoms of quitting marijuana doesn’t mean that I’m advocating a world without marijuana. In fact, it’s very much the opposite. I haven’t smoked weed or eaten an edible in over a year but I still back legalization as one of the best things that could happen to the United States for more reasons than I can get into here.

This video, most of which I’ve transcribed below, is a focus on how THC affects your body and brain. The physiological changes that occur from regular cannabis use and how the body returns to normal within the days immediately preceding quitting weed.

The video from asapSCIENCE can be watching in full above but I’ve typed out most of what he has to say. It’s A LOT so you’re really better off watching but if you’re a reader and not a watcher then you can dive right in. It starts with a discussion about how 4.3% of Americans have tried to quit marijuana at least 6 times and failed. Day 1-2 is when the withdrawal symptoms kick in and those include. nausea, headaches, depressed mood, difficulty getting to sleep, sweating, anger, nervousness, decreased appetite, and strange dreams. The risk of withdrawal symptoms is proportional to the amount of marijuana you’ve been consuming. There’s no guarantee of withdrawal symptoms. Heavier use is correlated with a higher likelihood of symptoms.

Day 3 is when irritability and anxiety peak and begin to dissipate but once you’re past that the strange dreams and difficulty getting to sleep begin to increase on Day 3. Recent research suggests chronic use is associated with inducing sleep problems.

Day 4 is when changes in the brain kick into effect. Neurotransmitters known as Cannabinoids (THC) are already present in our brains in lower quantities but marijuana introduces more to the system. THC actually resembles a natural neurotransmitter present in all of our brains known as anandamide and the influx of THC creates increased neural activity in various parts of the brain. This magnifies things like Thoughts, Perception, and Imagination. Basically, this is you getting high but in scientific terms.

THC also influences dopamine and norepinephrine levels in the body which can induce euphoria, the body’s ability to modulate pain, and regulation of anxiety. Again, this is just you getting high but in scientific terms.

As you continue to consume marijuana day after day, hour after hour, your body builds up a tolerance. This is the process of desensitization and downregulation of your endocannabinoid receptors (CB1 receptor). Interestingly, the CB1 receptor is what helps modulate short-term memory and this is why there’s a relationship between increased cannabis use and decreased short-term memory.

The video also goes on to explain THC affects the experience of ‘Novelty’. When THC is introduced, it creates an exciting experience of novelty for even boring, forgettable, and repetitive tasks. This is just one aspect of why THC use is so prevalent amongst ultra-marathon runners. THC can help in dulling the body’s pain on a 100-mile run and making the repetitive act seem interesting.

Unfortunately, chronic cannabis use (not use of chronic but habitual use) also creates a downregulation of Novelty so when you quit cannabis cold turkey everything can seem underwhelming, boring, and mundane. But this all changes by Day 4 of quitting marijuana. It’s at this point the CB1 receptors return to normal functioning and the world isn’t suddenly so boring. The asapSCIENCE channel points out that it only takes around four days of quitting weed for the neuronal functioning in your brain to return to its baseline.

There’s another layer of how THC can have long-lasting impacts on your neurology if you consume too much during developmental stages (adolescence) which can create long-term neurophysiological effects. The guy in this video says he started smoking weed at Age 10 which ‘by definition is adolescence’ and I’ll admit that I started smoking much earlier and younger than that. I’m not sure if I’m suffering from any life-long neurological damage from starting at such a young age but maybe if I was I wouldn’t even know it…

Then the clip jumps back to days 5-7 of quitting marijuana. A recent study found this is the period of time when most people who have tried to quit and failed are likely to fail at quitting. Is it any coincidence that 5-7 days aligns perfectly with the next weekend rolling around???? It’s hard to say. But he discusses how quitting is hardest for people who suffer from ‘marijuana dependence’ can be defined as someone who has used marijuana daily for 10+ years and attempted to quit multiple times and failed. It can also be defined as “continued use of marijuana despite social, psychological, and physical impairments.”

One major caveat here is that marijuana dependence was a hot-button topic for years. Many people claimed it didn’t exist at all. Now there’s scientific consensus that it does exist but it’s less severe than dependence on alcohol, cocaine, or opiates. Since days 5-7 are statistically the biggest hurdles for people attempting to quit smoking weed, these are days someone should pay particular focus on getting past.

Finally, Day 28 is when it’s all over. That is the point when all withdrawal symptoms have subsided. If you want to quit marijuana that’s the date you can put a big star on your calendar. Just make sure to note days 5-7 as the most difficult and really try to hunker down and get past those while breaking the habit.