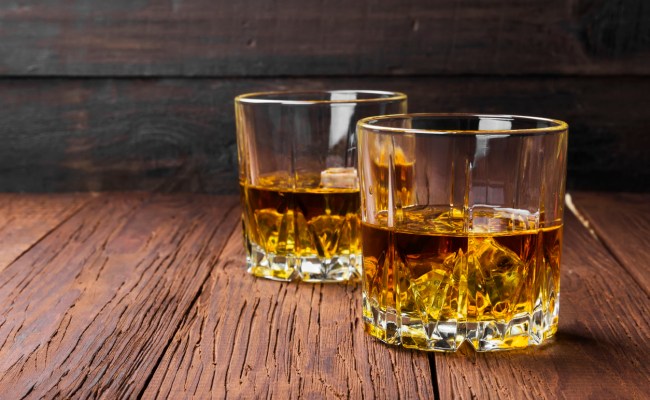 As a 20-something millennial, my idea of “investing” involves giving a paltry sum of money to a guy who knows more about mutual funds and bonds than I do in the hope I might be able to retire by the age of 85 (which, according to the financial calculator I just ran the numbers through, is being fairly optimistic).

Conventional knowledge says it takes money to make money, and if you’ve been paying any attention to late-stage capitalism, you know just how true that adage is.

As things currently stand, the top 1% of households in the United States hold 40% of the country’s wealth, a statistic that isn’t exactly the most encouraging thing in the world when you consider the rich are only getting richer.

As a result, the fabled One Percent have plenty of money to play around with, and while plenty of them rely on more traditional investments to beef up their net worth, some people have turned to other means in an attempt to boost their wealth.

This includes the purchase of a variety of “luxury” investments that are popular amongst people who’ve eschewed the stock market and real estate for something a little sexier—including cars, watches, and wine.

Every year, the Knight Frank Luxury Investment Index takes a look at which of these kinds of investments have the highest rate of return, and according to D’Marge, rare whiskey tops the list by a mile when it comes to making bank. 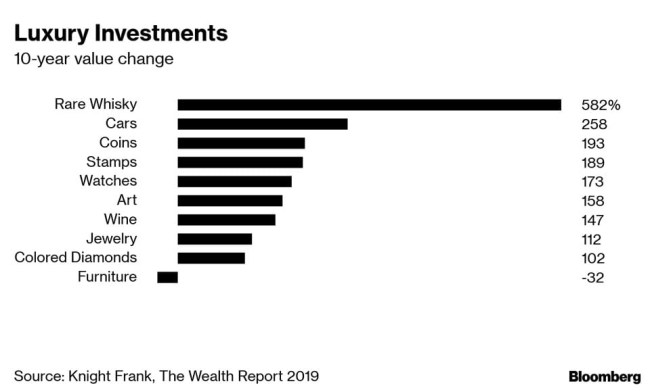 It’s not even close:

The latest data reveals that over a ten year period, rare whisky reached a return on investment of almost 600 percent. That staggering figure was enough to put it ahead of more familiar investments like cars, watches and jewellery. In 2018 alone, rare whisky saw a 40 percent jump in value.

One expert says people with way too much money have started to gravitate toward rare whiskeys—primarily single malts as old as your parents—as they continue to shatter records at auctions that have been held in the past year or so.

However, you don’t necessarily have to purchase a pricy bottle of your own to make a profit—there is at least one fund out there that lets you buy a stake in sought-after bottles.

The best part? You won’t have to worry about resisting the temptation to drink any, which is perfect for people like myself who lack any and all self-restraint.