Being a TikTok star with 54.8 million followers is a pretty great way to live life these days. Case in point, beatboxing legend Spencer X.

In the latest episode of Card Clout from Whistle, Spencer X sits down with DJ Skee to go through his collection of incredibly rare Pokemon cards, and other trading cards worth thousands. Just hit play on that button above to check out the clip!

Who is Spencer X?

He’s considered by millions to be the best beatboxer of his generation. According to Forbes, Spencer X earned $1.2 million in 2020 from strategic brand partnerships and YouTube revenue. I don’t know why but I absolutely love the idea that a beatboxer is raking in over a million a year.

On TikTok, Spencer has 54.8 million followers and counting. His clips have accumulated an astounding 1.3 billion likes. Here’s one of his latest videos, a beatboxing challenge against himself, where he’s pulled in 21.7 million views:

As we saw in that Whistle video up top, Spencer X is also a longtime fan of Pokemon, specifically the trading cards. His love of Pokemon cards came after he discovered the video games and he even keeps one strapped in his cellphone case at all times.

He has a pretty formidable collection of rare Pokemon cards. Spencer X came with a Mega Rayquaza Ex worth $125, a 1999 Venusaur ($150), a Blastoise ($150), another Charizard worth $500. He and DJ Skee also get to go through some incredibly rare cards in the Card Clout collection including a 2020 Charizard V worth $350 and VMAX Rainbow Charizard worth $350.

I hadn’t seen like 90% of the cards on that table before so it’s pretty cool to see something new. It’s also awesome to see how TikTok has enabled Spencer X to live out his childhood passion now that he’s got a lot of money in the bank.

If you enjoyed this video and want to see more from Whistle, smash the ‘subscribe’ button. You can also check out recent clips featured on BroBible which include ‘Bears TE Jimmy Graham Went Skydiving With Elite US Army Golden Knights Parachute Team‘ and ‘Top NFL Kicker Shows Off One Of The Biggest LEGO And Sneaker Collections We’ve Ever Seen‘. 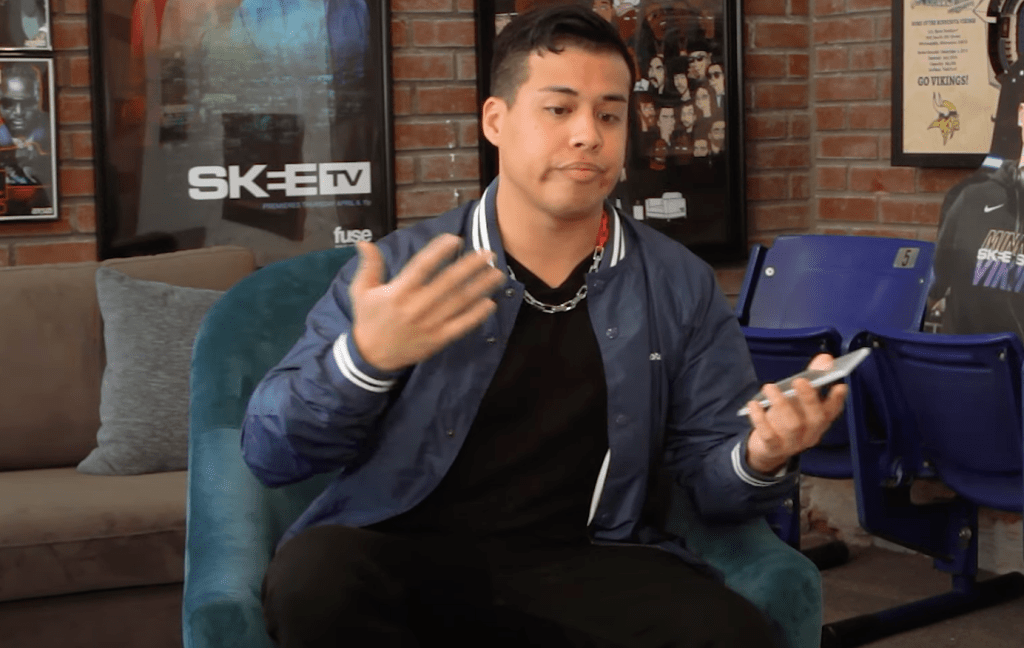