Suge Knight’s Right-Hand Man Reveals The Name Of The Gunman He Claims Murdered The Notorious B.I.G. 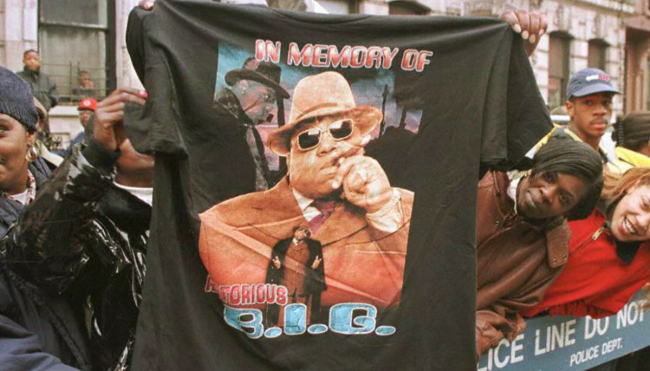 In 1997, the bitter and deadly war between rappers on the East and West Coast (primarily waged between members of Death Row Records and Bad Boy Entertainment) effectively came to an end when The Notorious B.I.G. was killed in a drive-by shooting in Los Angeles a little over six months after Tupac Shakur’s life was claimed in a similar incident in Las Vegas.

When you consider the two men were the face of hip-hop at the time, it’s kind of wild that both of their murders are officially classified as “unsolved” almost 25 years after they occurred. With that said, there is no shortage of theories concerning the culprits.

While it’s still unclear who actually pulled the trigger on The Strip, multiple people familiar with 2Pac’s death believe that a Crips member named Orlando Anderson played an instrumental role in orchestrating the hit and may have fired the fatal shots himself. Others have also claimed Death Row co-founder Suge Knight pulled the strings in both killings, and now, his former right—hand man has come forwarded with new information that would indicate that was the case when it came to the slaying of the Brooklyn native who was born Christopher Wallace.

According to HipHopDX, Mob James—who served as Knight’s “capo”—recently spoke to VladTV in a conversation where he endorsed the explanation previously floated by Death Row security chief Reggie Wright Jr., who previously asserted The Notorious B.I.G. was killed by Wardell “Poochie” Fouse, a member of the Bloods and Death Row affiliate.

Here’s what James had to say:

“Everybody at Death Row had a certain talent, was a certain kind of way. Some cats had no talents whatsoever. Some cats was in the fam for the paper and the money was good, doing certain things…[

Poochie] was a hitter for real. Everybody in their right mind that was there knows what happened, but no one’s going say ‘Poochie.’”

Fouse was also killed in a drive-by shooting in Los Angeles in 2003, so while this mystery may never be officially solved, it’s hard to ignore the evidence that points to his involvement.