Why Does Weed Make You Hungry? We Turned To Science To Get The Answer 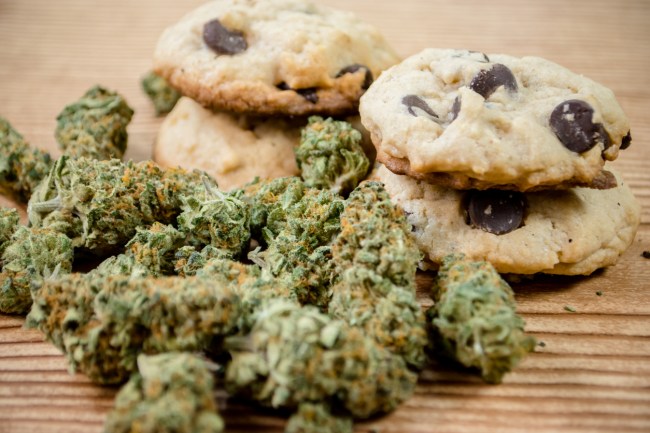 Around the turn of the 20th century, a dangerous new drug burst onto the scene that threatened to bring America to its knees and tear apart the fabric of society as we know it.

Over the next few decades, vigilant activists did everything they could to protect the people of the United States from falling victim to this vicious menace before eventually outlawing it all together to protect the population from succumbing to the horrors of Public Enemy No. 1: marijuana.

As we all know by now, the War on Drugs has been a resounding success and made it virtually impossible for people to get their hands on illicit substances in any shape or form— with the notable exception of every single drug in existence.

It took over a century, but the world has slowly started to accept the fact that smoking weed might not actually drive someone to jump out of a window on a whim or mercilessly slaughter someone in cold blood.

That’s not to say marijuana is totally harmless, as you do run the risk of accidentally eating enough Flamin’ Hot Cheetos to put you in the hospital.

Virtually everyone who’s smoked weed has fallen victim to a serious case of the munchies, a crippling condition that can drive a person to consume an entire Domino’s pizza and multiple cans of Arizona in a single sitting.

Why does marijuana make you so hungry in the first place? I’ve come across a number of conflicting explanations over the course of my time online and decided it was time to get to the bottom of things once and for all.

Why Does Weed Give You The Munchies? 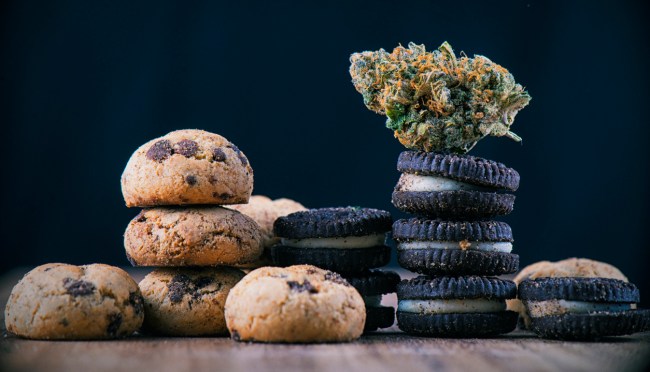 Marijuana contains dozens of different cannabinoids, all of which impact the brain and body in different ways.

Cannabinoids themselves are a naturally-occurring substance produced by the brain to keep your body in a state of homeostasis and help it adjust to external factors like changes in temperature and stress. If you happen to injure yourself, it’s cannabinoids that are responsible for instructing your nerves to compensate and reduce inflammation and pain in the process.

If you’ve ever tried (and failed) to resist the urge to order three fortune cookies worth of Chinese, there’s one major cannabinoid to blame: THC (a.k.a. “the thing that gets you high”).

THC is one of the most active ingredients in marijuana and impacts different areas of the brain in a variety of ways; for one, it serves as an inhibitor, negatively impacting memory, coordination, and reaction time (as highlighted by this vintage piece of anti-weed propaganda).

A study published in 2015 found THC latches onto a certain type of cannabinoid receptor in the brain known as “CB1.” CB1s are found in multiple parts of your body’s control center— including the hypothalamus, the part of the mind responsible for telling you your stomach wants some attention.

That rumble you feel in your midsection comes courtesy of a naturally-occurring hormone called “ghrelin,” which is commonly referred to as the “hunger hormone.” Absorbing THC causes your body to start pumping out ghrelin at an accelerated rate and stimulates your hypothalamus in the process, which results in an increased craving for nourishment.

Most fans of the Devil’s lettuce are likely familiar with one of weed’s other side effects: the ability to make even the most mediocre food taste like the most delicious thing to ever grace your tongue.

This is the result of THC impacting CB1s in multiple areas of the brain, including one that makes eating more enjoyable and another that makes foods more pleasurable to the palate.

It also affects the olfactory system and increases your sensitivity to odors. Your sense of smell plays a major factor in how you perceive taste, and in turn, THC ups your ability to detect and appreciate certain flavor combinations you might not normally pick up on.

When you consider junk food producers engineer their products to make you keep you coming back for more it makes sense that you find it harder than usual to resist the urge to house a box of Zebra Cakes when you’re high.

And that, my friend, is why weed makes you hungry.