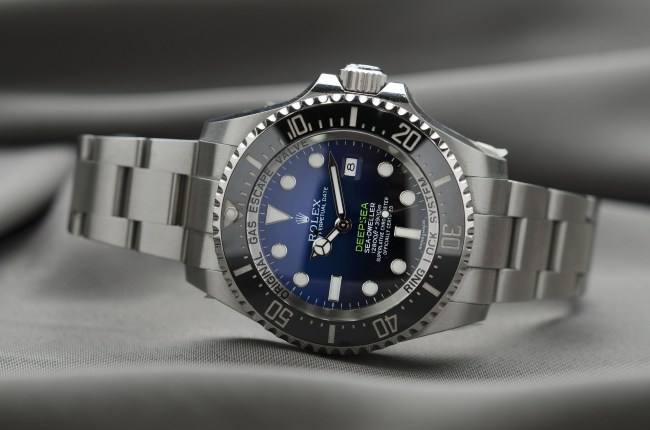 One of the funnier memories from childhood that occasionally pops into my head was from the first-ever time I visited Chicago and we went to the Rock and Roll McDonald’s to see what it was all about. As we were leaving that magnificent MacDeezy some guy pulled up with a roll of fake watches and chains and hit us with ‘wanna buy a gold chain?’ I was too young to realize they were all fakes but we declined his offer and then he pulled away and immediately got t-boned pulling into traffic and it’s really the closest I’ve ever been to a car accident like that.

It was later explained to me by my parents that these were cheap knockoff chains and watches and I spent most of my life thinking that all counterfeit luxury goods were cheap knockoffs. That is until I moved to NYC and discovered that the market for knockoff luxury goods is actually full of insanely high-quality items that virtually mirror the originals in every aspect from the materials to the craftsmanship. Often times the only difference in quality is where the item was made (the brand’s factory vs. elsewhere).

This is pretty true in the world of counterfeit Rolex watches. This clip from Watchfinder gives a rock-solid explanation of why some fake Rolexes are so accurate to the originals. You’d have to be a borderline Rolex expert to discern some fakes from the originals. What we learn here is there a handful of reasons that these expert (fake) watchmakers aren’t just making their own world-class watches and selling them under a new name.

Let’s recap the primary three reasons that fake Rolexes are so accurate to the originals. The first has to do with money and marketing. They claim the ‘honest answer’ is even if these counterfeit watch manufacturers made their own luxury watches we’d probably never even hear about them because the watch industry is already spending $500,000,000 every year on Marketing with Rolex accounting for 10% of that across Formula 1 racing, Tennis, Golf, and other sports. Rolex is a fixture in Marketing and it’s pretty hard for a small-scale watch brand to tap into that exposure in any meaningful way.

So do get away with making copies of an established brand that you can make a ton of $$$$$ on or do you start a new brand from scratch and spend on marketing? They claim if you can do the former then there’s no sense in doing the latter if your goal is to just make money.

Another reason fake Rolexes are so close to mirroring the real-thing is ‘rapid prototyping’ and the technology used to make watches. Years ago, the specialized equipment required to make high-end watches was scarce but with the rise of 3D printing, the manufacturing of watches has become a lot easier and more accessible to the general public. These 3D printers can also be used to print clones of themselves and they can manufacture watches ‘cheaper, faster, and more accurate’ than traditional watchmakers.

I’ll be perfectly honest, after making it through that video I’m now prepared to buy a high-end fake Rolex next time the opportunity presents itself. Why not? What am I losing? What’s funny to me about the market for these watches is the people buying them aren’t uninformed. They aren’t cheap and the purchasers are actively policing the quality. They are often purchased because of scarcity and the inability to track down a real model and this is the third factor in making them so accurate, the people buying the fakes know they are fake but still demand the utmost quality.