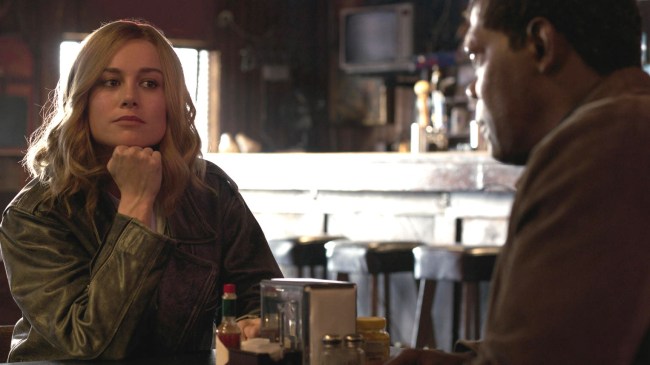 Check me on this… In The Avengers, an alien, Loki, shows up on Earth with a flying army of aliens (Chitauri) who appear through a wormhole to basically destroy the planet and Nick Fury doesn’t see this as a big enough “emergency” to contact Captain Marvel.

Also, in Captain America: The Winter Soldier, gigantic Helicarriers are launched by HYDRA over New York City, but that too was not a big enough “emergency.”

Then there was the time Ultron formed an army of sentient robot drones and built a machine that can lift an ENTIRE DAMN CITY which he plans to drop causing global extinction. Still not a big enough emergency for good ole Nick.

And in Doctor Strange, the Dark Dimension is engulfing Earth because a sorcerer summoned Dormammu, but nope, not a big enough “emergency” to summon Captain Marvel.

It was only until he was about to be vaporized by Thanos’ snap in Avengers: Infinity War that Fury decided, okay, this is a big enough emergency.

So, the natural question then is, WHY? Why did Nick Fury wait so long to page Captain Marvel? 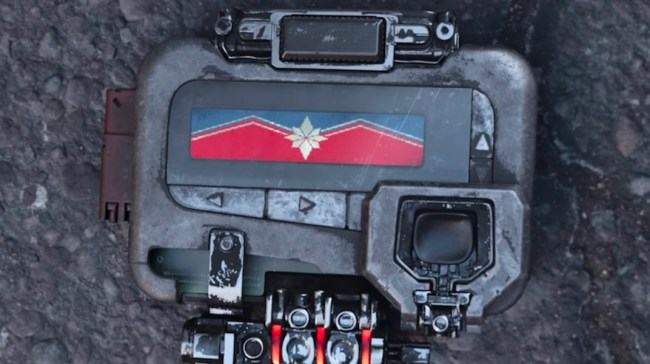 According to Marvel Studios head Kevin Feige, in a recent interview with SlashFilm, this is why…

“Well, I’d say two things. One, she does say it’s gotta be a real emergency, right? Yeah,” Feige stated. “The other thing I’d say is how do you know he never hit it? How do we know he never pushed it before? We’ve never seen him push it before. That doesn’t mean he never did.”

This brings up another question. If Nick Fury had NOT used the pager for, what, 30 years or so, how did he even know it it still works? This leads one to believe that he has used it before. I hadn’t thought of that.

Now… the next bit might be a teeny, tiny spoiler, so stop reading now if you don’t want to learn something about Avengers: Endgame.

SlashFilm has also seen some footage from the beginning of Avengers: Endgame which too helps explain the situation.

If Captain Marvel is so powerful that she’ll make it easy to defeat Thanos this time, then where was she when Earth needed help before? War Machine point-blank asks her this very question, and she explains that there are a lot of planets in the galaxy who don’t have a team of Avengers defending them. That doesn’t seem like a good enough answer for Thor, who suddenly steps up from the background and summons his axe as he walks up to confront Captain Marvel. She stands there without flinching, and then Thor simply says, “I like this one.”

Also last week, Samuel L. Jackson was asked the same question by IGN about the pager and why he hasn’t contacted Captain Marvel up until now. His response?

“We finally have an emergency that I feel warrants her presence. This is unprecedented. How are you gonna fight that? I can’t fight that. If I’m not here, I need to find someone to come here who can handle it. All those people are ineffective. They’re great for normal, everyday world disaster. But intergalactic badass who has all the Infinity Stones needs a bit more.”

So there you go. Happy? I’m not. And I can’t believe I have to wait until April 26th to get the answers I seek.