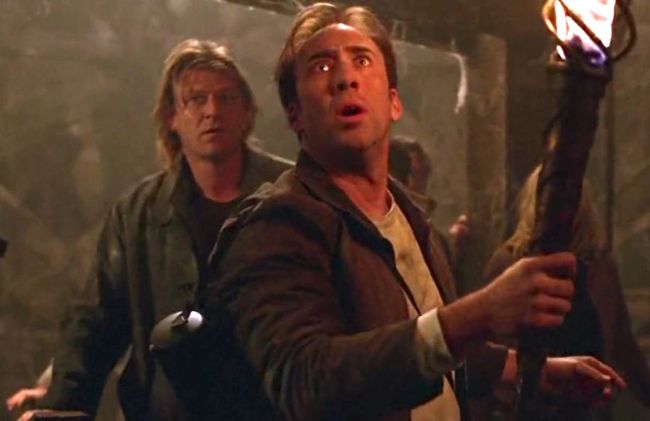 As cable television continues to fall out of favor thanks to people who’ve decided to cut the cord and defect the streaming, it’s probably only a matter of time until we’re treated to YouTube video of teens having their minds blown by the concept of having to flip through the channels or watching the TV Guide on an endless loop in order to find something to watch.

As a result, there’s a good chance younger generations will eventually become unfamiliar with one of my favorite genres: Movies You Will Always Watch Whenever They’re On. As someone who still pays for cable, there are certain times where I’m overwhelmed by the number of choices on the various platforms I subscribe to. There’s something oddly nice about having a limited selection to choose from, and there are plenty of films I’ll always commit to (even if I missed the first 20 minutes and could simply stream them without any commercial interruptions if I wasn’t too lazy to change my HDMI input).

There are plenty of movies that fit this description (The Shawshank Redemption is probably the best example) but it seems like a disproportionate number of them star Nicolas Cage. If I stumble across Con Air, Gone in 60 Seconds, or The Rock, you can be damn sure I won’t be leaving the couch for the next few hours.

However, I don’t know if any of those come close to matching the irrational pleasure I get out of National Treasure, which revolves around Cage playing a modern-day Indiana Jones who steals the Declaration of Independence to gain access to the map on the back that eventually leads him to a vault filled with untold riches. The film took in almost $350 million at the box office when it was released in 2004 and spawned a sequel that somehow even had a more absurd premise that involved kidnapping the President of the United States to gain access to a Native American city of gold hidden beneath Mount Rushmore, which was an even more resounding commercial success than the original despite not having the same amount of rewatchability.

It seemed only natural that Disney would capitalize on the success of what had all the makings of a successful franchise—especially when you consider Hollywood’s affinity to squeeze every last cent out of any profitable piece of intellectual property—but the movie that would have made it a trilogy is still stuck in development hell 13 years after Book of Secrets was released.

Last year, we learned it was supposedly still in the works (along with a series based on the movies), and now, we’ve gotten some insight into why the hell we’ve had to wait so long courtesy of Jason Reed, who served as a Production Executive on both of them. According to Collider, we have greed to thank, as even though a third National Treasure film would’ve almost assuredly been a hit, it was hindered by Disney’s inability to transform an already sizeable cash cow into the massive, hormone-filled bovine it could’ve been if they’d figured out how to turn it into a theme park attraction:

“I tried my damnedest to get National Treasure 3 up. I love those movies. I worked on those from inception. “They never figured out a way to intergrade it into the parks. It never caught on, even though there were a lot of consumer products, it never caught on as an independent franchise.

That makes the numbers look different. It makes it harder to make a company like Disney focus resources on something when they can go make Toy Story or buy a cruise ship. And if the company itself had been really excited about moving forward with it and thought they could blow it out, we would have found a way to make the deal.”

For what it’s worth, Disney is currently rocking a market cap of around $220 billion, and if they indeed invested in a cruise ship instead of making another National Treasure, that decision has likely aged pretty poorly in light of the current situation. Here’s to hoping they try to recoup those losses by giving the people what they want—no, deserve.