Here’s Why You Should Always Wash Your Hands, Even At Home 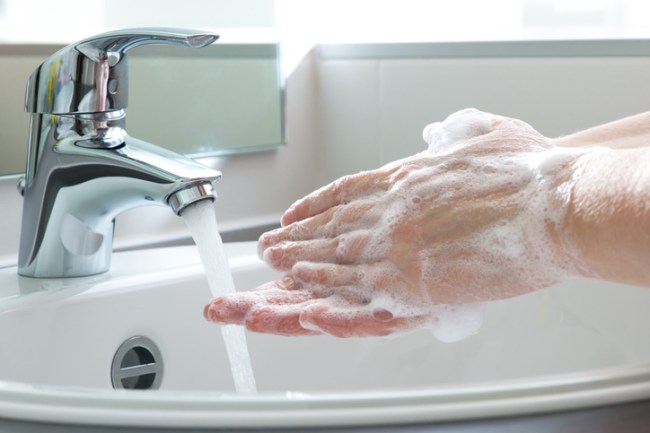 Although most of us have no qualms whatsoever about washing our hands after using the community crapper down at the local bar on any given Saturday night, the purification policy is a little more relaxed at home.

It’s not because our personal toilets are much cleaner than the average public restroom either. Survey the shithouse of the average man and you’ll find hair in the sink, a shit ring around the toilet, pubic hair stuck to the walls, and undoubtedly trillions of potentially life-threatening bacteria having sloppy, backbiting sex in all of those places we touch and jiggle while conducting our business in there. Still, most guys are of the opinion that they’re only dealing with personal germs, not the crusty contributions of others, so they typically nix the concept of washing up at home base, because, in their mind, these germs do not have the strength to do any damage.

There is an element of truth behind all of this. In fact, most healthy humans can adjust to the trillions of germs they are exposed to on a regular basis. If this weren’t the case, none of us would be around anymore. Humans are grossly outnumbered by these tiny beasts, after all. But as devastating as some of these varmints might be, our bodies find a way to live with them harmoniously. This is even the case with the germs of our roommates and steady girlfriends. Their bugs are eventually welcomed in as our own.

But there is still a chance all of these microorganisms could find a way to crawl to the surface and destroy us, said Dr. Philip Tierno, a microbiologist at New York University Langone Medical Center, in an interview with Men’s Health. By not washing our hands at home, we are only setting our bodies up to be taken out by vicious bacteria, like the dreaded Staphylococcus aureus.

Anyone who has ever known someone fighting a Staph infection understands that it can sometimes be case of life or death.

In fact, Ozzy Osbourne’s latest stint in the hospital was due to three of these nasty infections – one in his thumb.

“They cut all this stuff out. Even with the numbing stuff, it was agony,” he told Rolling Stone. “It wasn’t pus, but it was the stage after pus, when it gets in the blood and goes in your body and fucking kills you. It may sound fucked up what I’m saying to you, but he [the doctor] was really concerned about checking my blood.”

What’s scary is most of us have this bacteria lingering all over our faces, necks and skin, and all it takes is for those pesky critters to jump into a scratch or an open wound to start wreaking havoc.

Now, most people with a healthy immune system can fight these infections off without finding themselves strapped to life support. Still, around 1.2 million people are hospitalized in the United States every year as a result of Staph infection. And it doesn’t end well for every single patient. Unfortunately, 19,000 Staph victims die every year. That’s a higher death rate than what is brought on by AIDS and cocaine overdoses.

What’s more is these infections are highly contagious and can be spread through casual contact. So, let’s all just take a few minutes right now to embrace our inner Howard Hughes and go wash our goddamn hands. 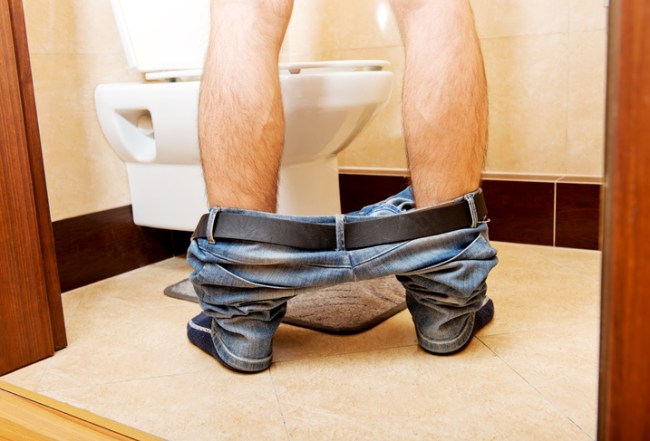 Also, unless a person spends the majority of the day cooped up inside the house – like the majority of our writers — chances are they are going to be exposed to a plethora of puke-inducing germs by the time the day is done.

Think about how many gross bastards touched the door at the convenience store or the local coffee shop this morning before you grabbed hold of it. If you pumped gas, rode in an elevator, ate at a restaurant, worked out at the gym, or just dropped the kiddo off at daycare, chances are you are an unwilling host to a wild menagerie of sex crazed germs.

“You’re carrying a myriad of germs by a whole assortment of people, items, and events you encountered throughout your day,” Tierno says. And all of those strange germs can end up contaminating the entire house if a person does not or cannot wash his or her hands throughout the day.

They’ll eventually take over the home and become a dominant force on doorknobs, faucets, and even the refrigerator handle. It won’t take long before the whole residence is transformed into a veritable petri dish full of harmful bacteria (colds and flu viruses) on a thrill kill mission to get everyone in the house sick. How many people can say they got sick grabbing a beer from the fridge? A fucking bunch, it sounds like! So once again, let’s try to keep our grubby paws as clean as possible.

However, this washing of the hands ritual is not as easy as just lathering up a dollop of soap and running them mitts under water for a second or two. Even germaphobes who regularly wash up are probably doing it wrong.

Dr. Tierno suggests a scrub that lasts no less than 20 seconds (front and back), making sure to get in between each finger and under the nails. Of course, carrying around hand sanitizer is the next best option. As a rule, there is no such thing as applying too much. The good doctor recommends an amount about the size of a quarter. Just rub it in and let the hands air dry, he explained.

Now, if you’ll excuse us, we’ve got to go bleach down the shitter, wash our hands, and perhaps order some rubber gloves off Amazon.