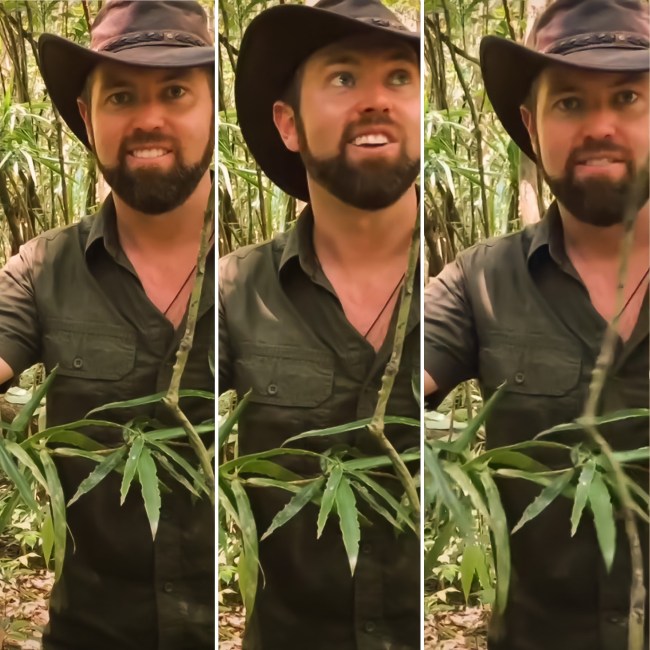 Wildlife biologist Forrest Galante is the host of Animal Planet’s Extinct or Alive, a show where he crisscrosses the globe in pursuit of endangered species on the brink of extinction. We’ve had the pleasure of hanging with Forrest a couple times here at BroBible, including last year when Robby Berger sat down with him to talk about the most dangerous animal in the world (according to hard scientific data), as well as an epic shred fest on an electric surfboard in the Santa Barbara harbor.

Forrest is a busy man these days, educating the masses about wildlife on his new podcast, The Wild Times, as well as on his popular social channels. He’s signal-boosting some pretty rad scientific discoveries about the natural world, showcasing the hard work of his peers in the field.

For example: Did you know we just discovered a new specific of glow-in-the-dark sharks in the Chatham Rise, off New Zealand’s east coast? These psychedelic sharks have their own bioluminescence, the visible light produced by living organisms through a biochemical reaction.⁠

Meanwhile, over on TikTok Forrest is urging us all to do a better job paying attention to what’s around us in the natural world.

This video of a leaf-tailed gecko, for example, is a TikTok version of Where’s Waldo?

Mind blown. That reveal just made my day.

Also, the pure joy from Forrest finding an East African ground pangolin – “one of my biggest dreams come true.”

The full armor of scales is truly remarkable. According to the World Wildlife Fund, pangolins like this are vulnerable to critically endangered and “increasingly victims of illegal wildlife crime—mainly in Asia and in growing amounts in Africa—for their meat and scales.”