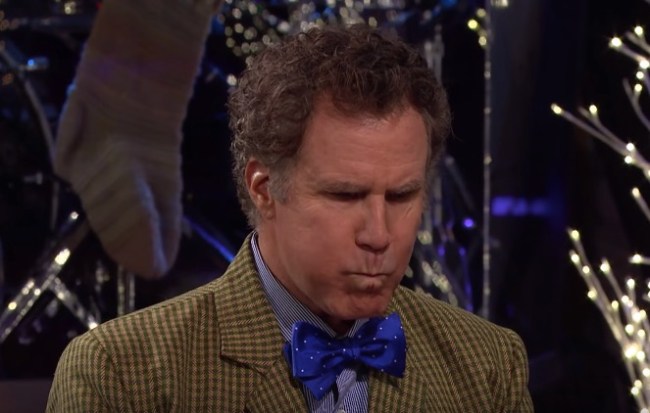 I’ve eaten some weird things in my day. I’ve sampled cockroaches, scorpions, tarantula, rattlesnake tacos, pig’s brain, and all sorts of insects. I ate minke whale and rotten fermented shark in Iceland. I’ve eaten street meat in third world countries that were completely unidentifiable. I’m pretty much down to most things at least once but even I have my limits.

Will Ferrell was a guest last night on The Late Late Show with James Corden. I’m not an avid watcher of James Corden‘s. I get it, he’s a super likable guy. People tend to love his ‘Carpool Karaoke’ clips. That shit just doesn’t do it for me. I never watch his show but I’ll occasionally catch his clips on YouTube if the guest is intriguing. 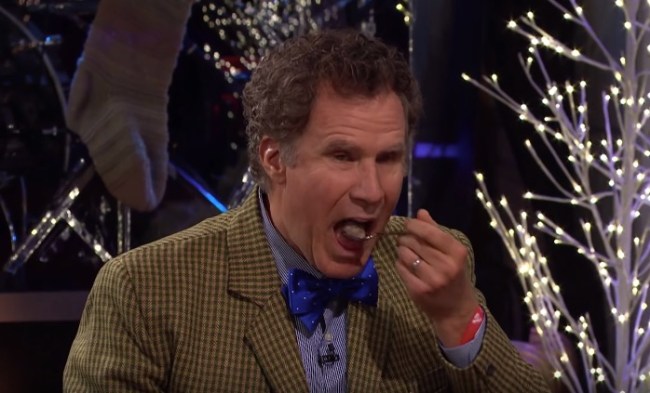 In last night’s episode, Will and James squared off in a game of ‘Spill Your Guts’ which is a pretty brutal form of Truth or Dare. They have the choice of either answering an awful question that could potentially affect them professionally or eat some god awful food. Some of the foods include turkey testicles, water scorpions, and cow tongue.

Going into this clip I fully expected them to answer the questions every time and avoid the foods. Wrong. They go for it and it gets nasty.

Should I be watching more James Corden? Is it usually this enjoyable? I genuinely like him as a personality but I just hate those stupid ass ‘Carpool Karaoke’ sketches and I can’t seem to disassociate him between those awful skits and his show.