Will ‘The Snyder Cut’ Be Worth It? 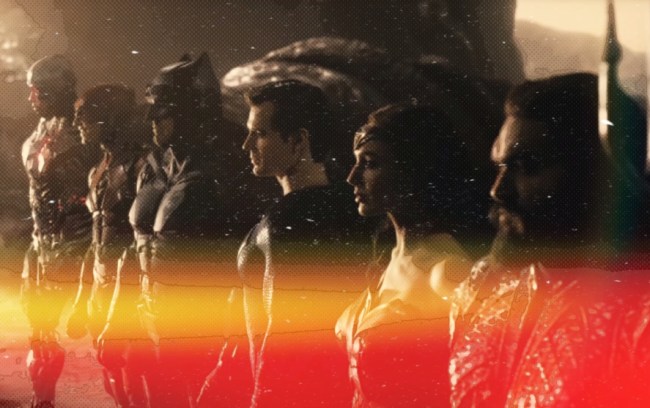 Will The Snyder Cut be worth it? I suppose that depends on who you ask.

If you ask WarnerMedia — the parent company of the studio behind the original 2017 disaster — their answer will depend on how many HBO Max subscriptions the project drives. After all, they didn’t give Zack Snyder an additional $70 million for moral support. If you ask the cast and crew, the likes Snyder and Ben Affleck and Jason Momoa, they’ll celebrate the opportunity to finally tell their story their way. Then, of course, there’s us, the fans, who are quite literally the reason The Snyder Cut even exists. Will it be worth it for us?

Based on what we’ve seen so far, despite the fact that the new footage has been far from earth-shattering, the mere prospect of The Snyder Cut being narratively and thematically in-step with the two films the preceded it (Man of Steel and Batman v. Superman: Dawn of Justice) makes the years of anticipation worthwhile. Regardless of what you think about Snyder’s previous DCEU entries, they were, at the very least, uniform in vision, created with the goal of telling a specific tale. When you start something, you want to finish it, and that appears to be what The Snyder Cut will provide.

Perhaps most importantly, though, is what Snyder seems to understand better than anyone, as evidenced by his bold if not somewhat pretentious black-and-white trailer and his steadfast commitment to getting the project made: that the Justice League deserves to be treated with the highest reverence. Yes, the Avengers are the current Prom Queen when it comes to comic book movie teams, but with a roster that includes the likes of Batman, Superman, and Wonder Woman, the Justice League will always be *the* superhero group, and they deserve a film that reflects that legendary status.

As is the case with most of Snyder’s work, whatever form or quality The Snyder Cut does eventual take, it’ll likely split opinions regardless. And that’s sort of the beauty of the project as it doesn’t really matter if it’s “good” in the traditional sense of the word, all that matters is that it remains true to itself, delivering on the promise of — whether you liked it or not — Snyder vision for the DCEU. Getting to the end of the story, any story, is always worth it.