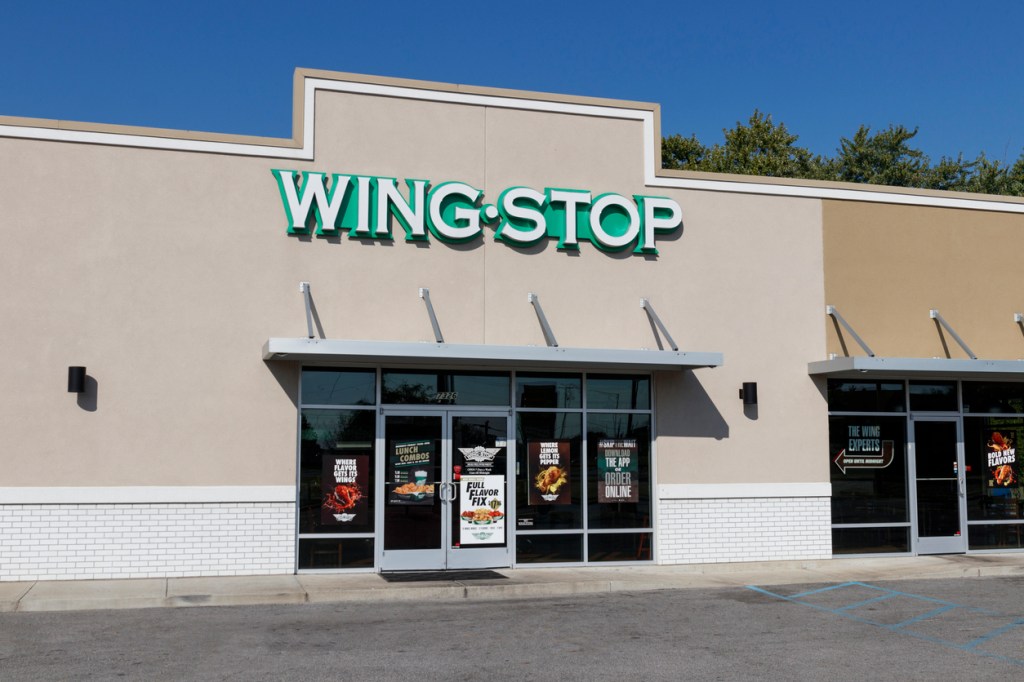 People go to jail for stupid reasons every day. The phrase always tossed around is ‘play stupid games, win stupid prizes’ and I don’t even think that applies here because this is so far beyond stupid I’m not sure what was going on.

The incident took place at a Wingstop in Antelope, California and someone was filming while an irate customer lost their mind over a wrong order and proceeded to pick up the cash register and throw it through the restaurant’s window. The back and forth between the customer and the employee is tense and the person filming the incident said he was just waiting for some extra ranch sauce with his wife and friend.

According to details, the irate customer threw a sign before hurling the ash register through the window:

When you go to WingStop for some ranch, you get a whole lot more. Maybe some glass in your shoe. 😱🤦🏽‍♂️👍🏽 #bet #wow #gotemcoach #wild #Viral pic.twitter.com/9nVLfemmSQ

The person who filmed the clip is Tharon Trujillo and he shared some details about what might’ve caused this eruption to occur:

“I guess they had messed up on his order twice,” Trujillo recalled. “He was arguing. He was like, ‘Hey can you get my food remade?’ They said ‘Yes, we’re remaking it.’ Honestly, he only gave them maybe five minutes, and he’s like ‘The food is still not done? I don’t want you guys to spit in my food or whatever. Give me my food back.’” The man then asked for his money back but found that was going to happen either. “Now, I know it was an online order,” Trujillo said. “I guess there’s no refunds on online orders.” (via Fox40 News)

A worker next door who spoke with FOX 40 believes it was pent-up frustration over everything that’s happened in the past year that led to this violent behavior and destruction of property.

Meanwhile, the guy who filmed the video told FOX 40 he was trying to be the voice of reason as the incident unfolded. “I was trying to tell him, ‘Hey, don’t go to jail. You don’t want to go to jail over some wings. Just leave,’ you know?”

Police showed up 30 minutes later. The customer who threw the cash register through the window was gone by that point. But, it was an online order. The authorities are in possession of the customer’s information so it’s not as if they’ve disappeared. The FOX 40 states there should be an arrest soon.